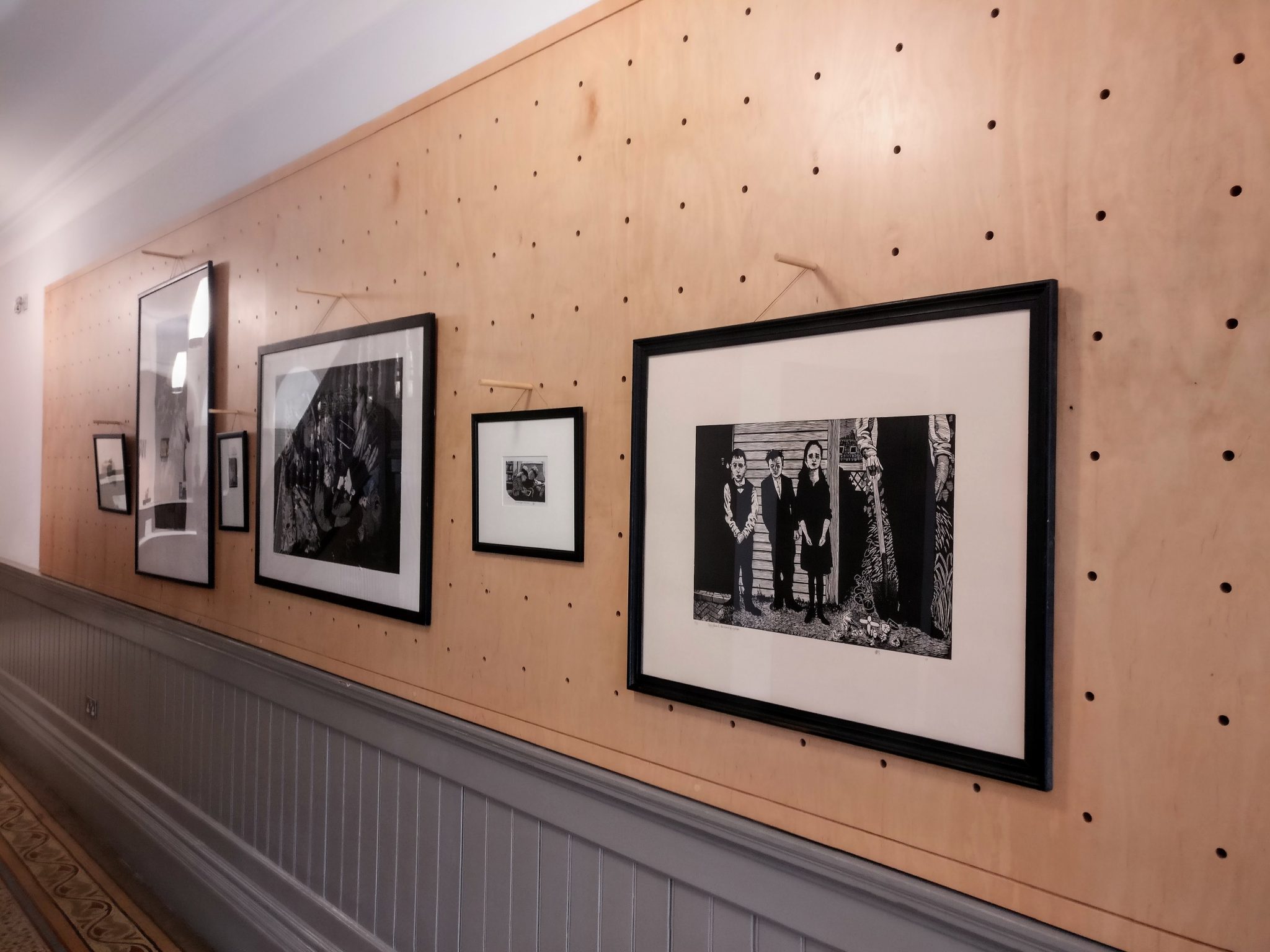 Striking and emotive prints. Documentation of real life human scenarios and intricately observed objects of beauty. Chris says “Since childhood I have been interested in representing the world around me; specifically narrative situations that sum up the human condition. My work vacillates between these narrative images and those that are devoid of narrative and concerned with aesthetics”

Black pig is celebrating its first year in operation the Autumn. It is a stunningly designed, purpose-built studio ten minutes’ walk from the centre of Frome. It offers classes in linocut and wood engraving but also caters for all types of relief and intaglio printing.

This year the studio hosted Bethan Stevens who runs the Dalziel Project at Sussex University in association with the British Museum Prints and Drawings Department. The project is researching the 54,000 wood engravings produced by the Dalziel Bothers’ company in the 19th Century. They produced everything from adverts for bile beans to Tenniel’s illustrations for Alice in Wonderland. As part of the project, some of the nation’s finest wood engravers were gathered together to contribute to the project at the British Museum.

Later Dr Stevens came to Black Pig to learn wood engraving from Chris Pig along with two printmaking lecturers from Plymouth. This was the first of hopefully many collaborations between academics and practitioners. Theory and Practice.

Chris Pig has been an artist printmaker for over 35 years. After studying his MA in Barcelona with Winchester School of Art, he became principal lecturer in Printmaking at City and Islington College for seven years. He left to set up his own studio in Córdoba where he lived for six years before returning to London and working at East London Printmakers. He now lives in Frome with his family where he is the director of Black Pig Printmaking Studio.

He has work in public and private collections throughout the world such as Guangdong Museum of Art Chine, Duoro Museum of Printmaking Portugal, Ashmolean Museum Oxford and the Victoria and Albert Museum in London.

Find out more about the studio at www.blackpigprintmakingstudio.com