The Frome Festival is a community/arts festival which takes place over 10 days every July. With Covid reducing 2021’s programme, the Frome Festival returns this year with a full line-up of great performances and participation events across over 40 venues. 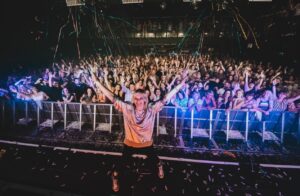 Headline names for 2022 include Radio 1 DJ Jo Whiley, hosting an opening night party at the Cheese and Grain; followed by legendary singer guitarists Andy Fairweather Low and Wilko Johnson; plus rock outfit the Kris Barras Band, all at the Cheese and Grain. Popular vocal group Blake will appear at the Memorial Theatre on Saturday 9th July.

Ever popular performance poet Roger McGough, once a member of The Scaffold, who topped the charts in the sixties with hits like “Lily the Pink”, will be appearing at the Merlin Theatre, as part of a substantial literature programme, much of it hosted by the Frome Writers Collective. Also included is Chris Jagger, whose recent autobiography “Talking to Myself” is featured in a recital including some of his songs.  As well as his own intriguing career, Chris is able to lift the lid on life with brother Mick, their childhood days, and the meteoric rise of the Rolling Stones.  This is one of two intimate events taking place at the Flow Bar in the town centre. 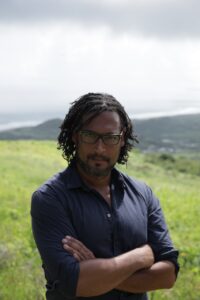 Huge excitement is already being generated by the appearance of David Olusoga, the historian and TV presenter who will give the second Bob Morris lecture at the Cheese and Grain discussing his hugely popular programme “A House Through Time”.

Last year’s Festival programme saw an increase in outdoor events to enhance social distancing. These proved so popular that Marston Park and the Silk Mill will be running musical nights under the stars again in 2022. The Ecos Amphitheatre in particular, came into its own, and this year celebrates its 30th Anniversary. The Greek- style outdoor venue has the great advantage of standing next door to the Merlin Theatre which provides all facilities and serves as an back-up bolt hole for audiences in heavy rain.

The premiere of “The Haunting of Richard the Third” will play at the Ecos on July 7th and run for three nights. The new musical written by Festival Director Martin Dimery and with music by David Hynds, will be performed by a local cast and tells the story of the last English king to die on the battlefield and whose body was extraordinarily found ten years ago under a car park in Leicester. 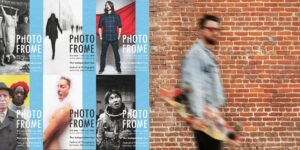 This year’s major exhibition will be the Photo Frome Festival which will take place in exhibition spaces across the town and feature the work of photographers including Danny North, Olga Karlovac, Hanna-Katrina Jędrosz and John Angerson.

You can find out more at the Frome Festival website.