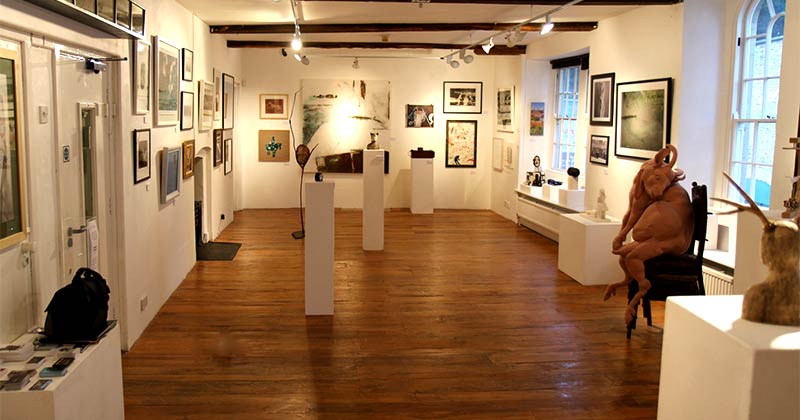 A contemporary crafts centre with gallery, craft studios and café. The building also features a vibrant exhibitions programme of contemporary and innovative art and crafts. Black Swan Arts provides inspiration for the creative talents of Frome and beyond.

The Black Swan supports engagement in arts and culture and aims to be a centre of excellence. It aims to engage with a diverse range of craftsmanship and artistic practices. It also contributes greatly to the town’s cultural and artistic development.

What’s on at the Black Swan Arts

History of the Black Swan

The Black Swan has existed at least since 1763, though it is perhaps older. It was originally a pub, known as The Swan. It first appears in a court record. A Frome clothier named Daniel Neale, who had occasionally borrowed the landlord’s mare, was found to be operating as a highwayman. Over the centuries, it has been the location for several other incidents, including the accidental poisoning of a serving girl and a lengthy court feud over for £5 notes found in the pub. Under the ownership of the Rebbeck family, from 1882 until 1914, it became one of the main houses of refreshment for the old Frome Market. For more information on the history of the pub, see The Historic Inns of Frome.

The pub closed in 1955 and fell into disrepair. In the early Eighties, a small group led by David Short raised funds to repair the building and open it as an Arts Centre. The motivation for this project went beyond just creating an Arts Centre in the heart of a historic and creative market town. At a time of high unemployment, it was also an opportunity to create employment for young people in the restoration and by providing affordable studios where emerging artists could work and sell to the public.

The Black Swan Arts Centre opened to the public in 1986. In 2016, it celebrated its 30th Anniversary.