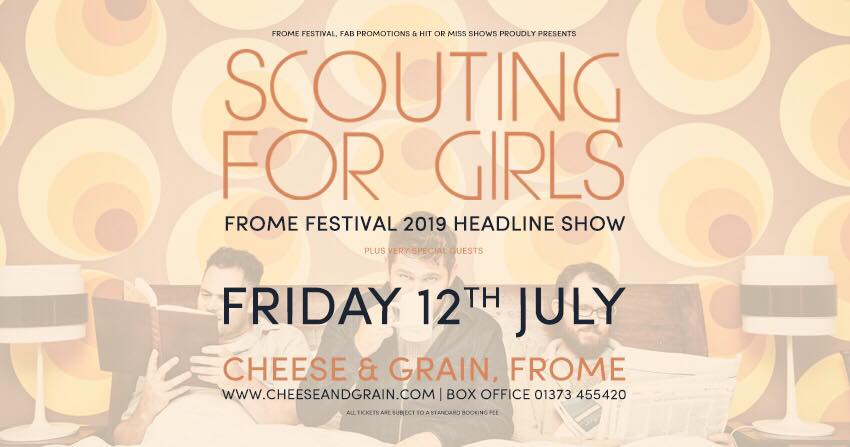 We are delighted to announce that Scouting For Girls will be one of the headline acts for Frome Festival 2019.

Over the last ten years Scouting For Girls have become somewhat of an institution on the UK music scene. Huge singles such as She’s So Lovely and This Ain’t a Love song have been almost ever present on the radio as the band have gone from strength to strength. To date Scouting For Girls have released four studio albums and a Greatest Hits record, selling over 2 million records and having multiple #1 records in the process. They have also played to hundreds of thousands of fans at festivals and tours all over the world, and they show no sign of slowing down.