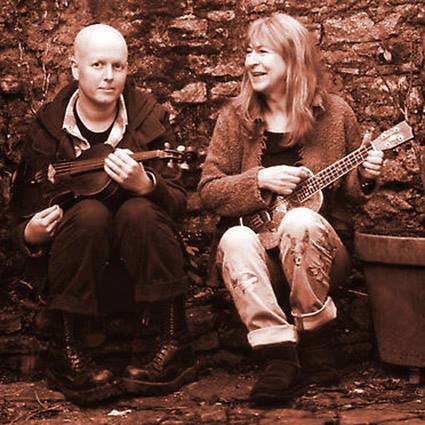 A night on the town with some of Frome’s finest, with the all female trio, Feral Beryl. Feral turn in a set mostly of original material which comes from an old time / blues / folk tradition and were voted by Jon Boden of Bellowhead as the “best unsigned act ” at The Trowbridge Folk Festival. The band work hard at being innovative. Feral Beryl are the beating of the excitingly unique and musically feral hearts of Sue Clare, Gemma White and Lucy May.

Fly Yeti Fly are the Wiltshire-based acoustic duo Lorna Somerville and Darren Fisher. Blending sensitive vocal harmonies with intricate guitar arrangements, mandolin and harmonica, the duo weave songs and stories from their travels together, with a sound that is reminiscent of the late-’60s folk scene. Now living on their canal boat on the Kennet & Avon canal, their music is heavily influenced by the natural world and life on the water. Having appeared on BBC Introducing stages across the South West and keen artists on the festival circuit, this pair are often accompanied by the exceptional artist Jo Hooper (Mudskippers) on cello and Alex Pearson (The Model Folk) on double bass.