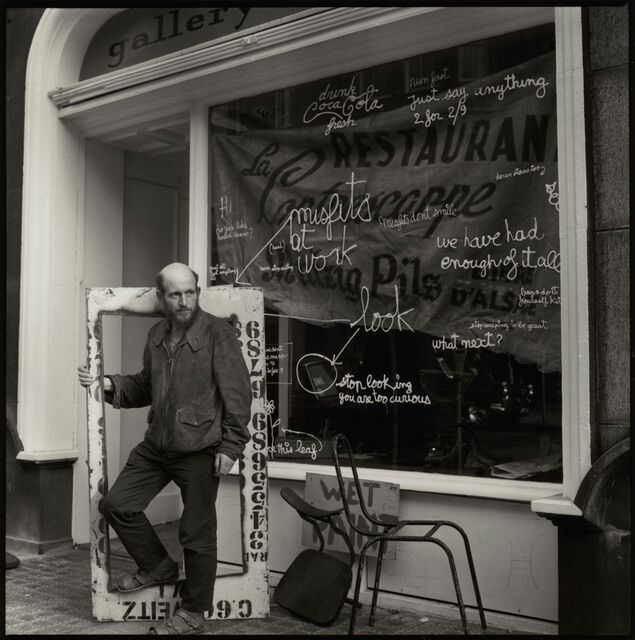 Gustav Metzger (1926–2017) has been described as ‘the conscience of the art world’ for his art and his commitment to political activism on the subject of nuclear weapons, capitalism and environmentalism.

Metzger’s increased focus on social action identifies him as a key precursor of activist art. His body of auto-destructive work, meant as a public art form that would instigate social change, sought to provide a mirror of a social and political system that he felt was indifferently progressing towards total obliteration.

Gustav Metzger was always hopeful about the planet’s future and art’s role in it, as he stated: ‘Art needs to sink into the centre of a human being, come up, and that will be hope—the art will be hope.’ For Metzger, an artist is not simply a creator, but rather an instigator, whose role is to use their creative ability to motivate people to act.

In keeping with the work and mission of Gustav Metzger, we invite you to a call for discussion, weekly throughout July. Starting 2 July, at 10 am each Friday, a local climate activist will lead a discussion within the exhibition, sharing ideas and initiatives relating to a more sustainable future.

Book to visit on Friday mornings throughout July and join a discussion with one of our Somerset-based protagonists. More information can be found on the Hauser & Wirth website.