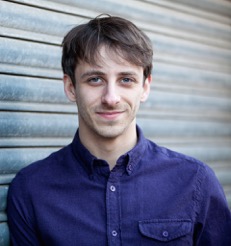 “Faure’s Requiem has to be one of the most beautiful pieces of choral music of all. In Mozart’s, Verdi’s and others’s Requiems, we hear the hell fire and fury. In Faure’s there is only serenity. Singing in a choir is about singing well yourself AND singing well with others. It’s as much about listening as it is anything else. Faure’s Requiem is not only a great to sing, but it’s the perfect piece for a day exploring how we can sing better together. Expect silly exercises, hard work, lots of fun, and the joy of singing this wonderful piece with new friends.” BG

Benjamin Goodson is musical director of Bath Camerata, assistant conductor of the Grammy award-winning Rundfunkchor Berlin, and chorus master at Dorset Opera Festival. His performances are praised for their musicality, expressiveness and clarity.Goodson has conducted and prepared choirs across Europe, including for performances with the Berliner Philharmoniker, Rundfunk-Sinfonieorchester Berlin and the Nederlandse Reisopera. In 2017 he makes his Asian conducting debut with a concert tour of Handel’s Messiah in Japan.

While studying at the University of Oxford, Goodson was awarded the University’s top conducting prize. Four years after graduating he became Oxford’s youngest Director of Music. Goodson has studied conducting with some of the world’s foremost teachers, including Sir Colin Davis, Paul Spicer and Ulrich Windfuhr.