Home in Frome, the popular community history group, records and celebrates the changing life of Frome.

Members and friends have completed the mammoth task of turning their best-selling ‘Working Memories’ book into a website, workingmemoriesfrome.co.uk/ which is now live, exactly eight years on from the launch of the original book.

“It has taken a bit longer than expected, but we are delighted with the result,” said Home in Frome Secretary Gill Harry, who has co-ordinated the work alongside a small project group of editor, John Payne, film and video maker, Alan Campbell, and computer wizard, James Gardner. “We certainly would not have managed it without a starter grant from Frome Society for Local Study, encouragement and resources from Frome Museum, and great support from our loyal wider membership,” added Gill.  As well as all the people who were willing to share their memories, there were many others, such as Trevor Biggs and Sue Latham, who contributed photographs and documents.” 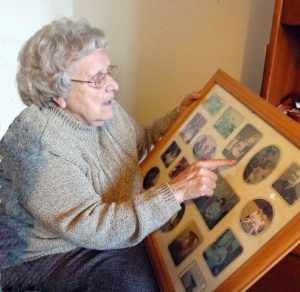 The Working Memories book was a great success when it was published in 2012, and apart from selling out the complete print run, it has given much pleasure and joy to those people whose words are recorded in the book, their families and friends, and a wider group of people across the country (and the world) who grew up in Frome in the mid-twentieth century.
“The next logical step after the book was a website”, said John Payne. “Not knowing much about computers, I thought that would be easy, but it has been very hard work getting everything exactly right. It means that people can now hear extracts from the large number of recordings we made in people’s own voices. They will also hear the voices of family, friends and neighbours, the people they grew up with and worked alongside.”

Home in Frome Chair, Sue Bucklow, said that she thought the chief value of the project was in bringing together the people of Frome. “The experiences of the long-term residents of the town and more recent arrivals are often very different,” said Sue, “but we hope that Working Memories has helped to create a bridge between them. The book and website explain Frome to incomers in a very personal way, through the voices of its inhabitants, while older Frome people can take real pride in the town they helped to build.” 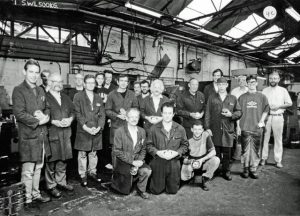 “Frome is a unique place and we hope the website will be a hub for a collection of local stories which will grow and grow”, Sue said. “We would love more people to come forward with tales of their lives in the past, which can be recorded and added to the site, to share with others now and in the future.”

If you are interested in having a story recorded, please email: homeinfrome2@gmail.com

To coincide with the launch of the website, Home in Frome has reprinted the Working Memories book with a new introduction. This is now on sale at £10 per copy at Hunting Raven (Winstone’s) bookshop, Cheap Street, Frome and available to order online.