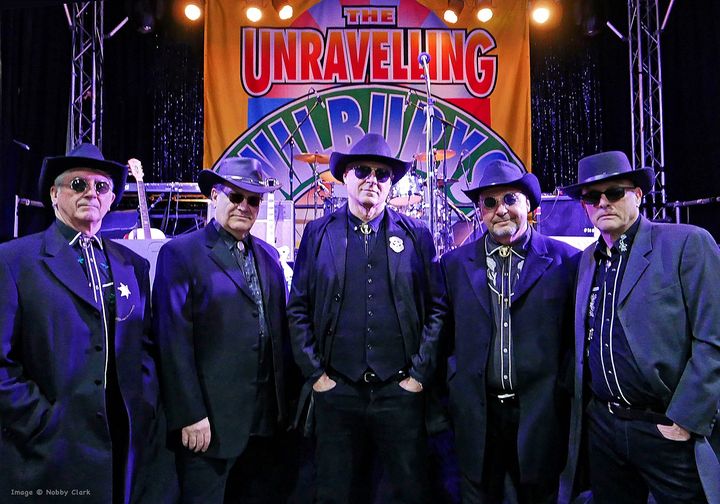 After extensively touring their highly successful Beatles project “Sgt Pepper’s Only Dart Board Band” for 21 years, the band turn their skills to replicating the sound and songs of the ‘supergroup’ that was The Traveling Wilburys. Adorned with 5 of the most famous names in rock history… George Harrison, Roy Orbison, Bob Dylan, Jeff Lynne and Tom Petty.

The Wilburys filled the airwaves with timeless songs such as Handle With Care, End of the Line, The Devil’s Been Busy, Not Alone Anymore, Tweeter and The Monkey Man and Heading for the Light. These, and a number of other great songs, form the basis of the set around which the band weave choice cuts from the solo careers of each of the esteemed Wilburys.

Pretty Woman, You Got It (Roy Orbison), Mr Blue Sky, When I Was A Boy (Jeff Lynne’s ELO), The Waiting, I Won’t Back Down (Tom Petty), What Is Life, Here Come’s The Sun (George Harrison) and Hey Mr Tambourine Man, Make You Feel My Love (Bob Dylan) to name but a few.

The whole package is presented with band’s inimitable style and humour and is not to be missed.