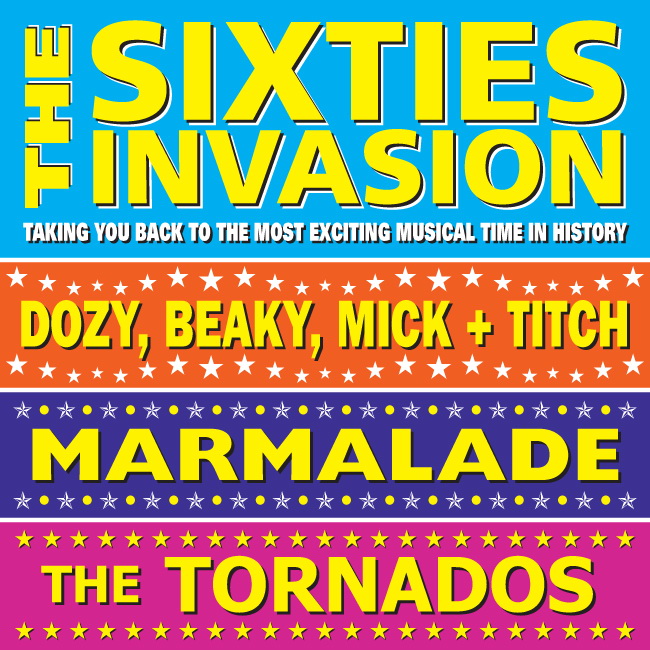 The sixties Invasion ft. Dozy, Beaky, Mick and Titch, Marmalade and The Tornadoes.

Dozy, Beaky, Mick and Titch
They spent 141 weeks in the UK charts with major singles, with sell out tour’s of Australia, New Zealand, Japan and Europe. They are now touring with The Sixties Invasion, their much praised stage performance is as dynamic as ever and truly one of the best if not the best vocal band to come out of the Sixties era.

Marmalade
On New Year’s Day 1969, Marmalade began a month-long reign at Number 1 with ‘Ob-la-di Ob-la-da’. Their consequent headlining slots on Top Of The Pops marked not only the high summer of Scottish rock, but the climax of a hard-won personal victory.

The Tornadoes
The Tornados offer the ultimate rock ‘n’ roll experience with a highly polished performance and a repertoire to match. With effortless style and flare, even Paul McCartney has given a ‘thumbs up’ pf approval having personally jammed with the band himself!