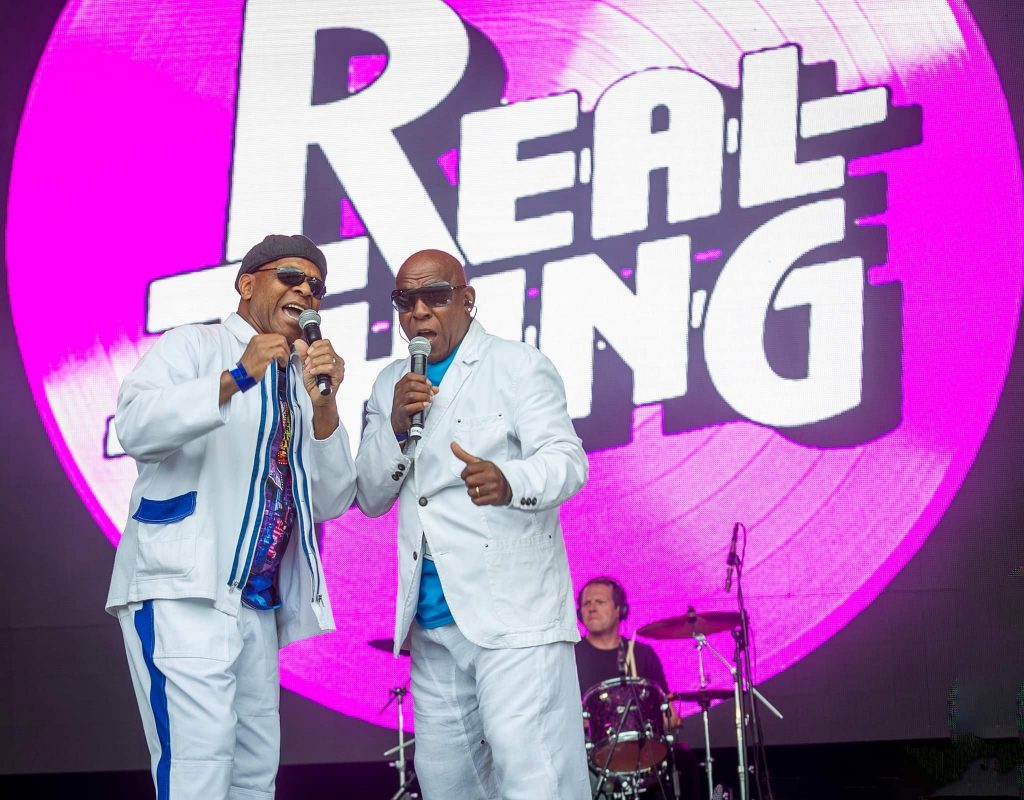 THE REAL THING with ORIGINAL VOCALISTS CHRIS AMOO & DAVE SMITH and live 5 piece band will be out touring in 2020 on the back of a new movie playing in cinemas ‘EVERYTHING’ and a GREATEST HITS ALBUM out on Universal Records.

This Best of album contains their 3 million selling No 1 Hits ‘You To Me Are Everything’ ‘Can’t Get By Without You’ & Feel The Force. Plus the lost song recorded in 1976 but never released which has sat in the vaults for over 40 years ‘Someone Ought to write a song about you’
This single is receiving lots of Radio airplay and making The Real Thing a force to be reckoned with once again.

Please Note; Patrons may stand during this performance