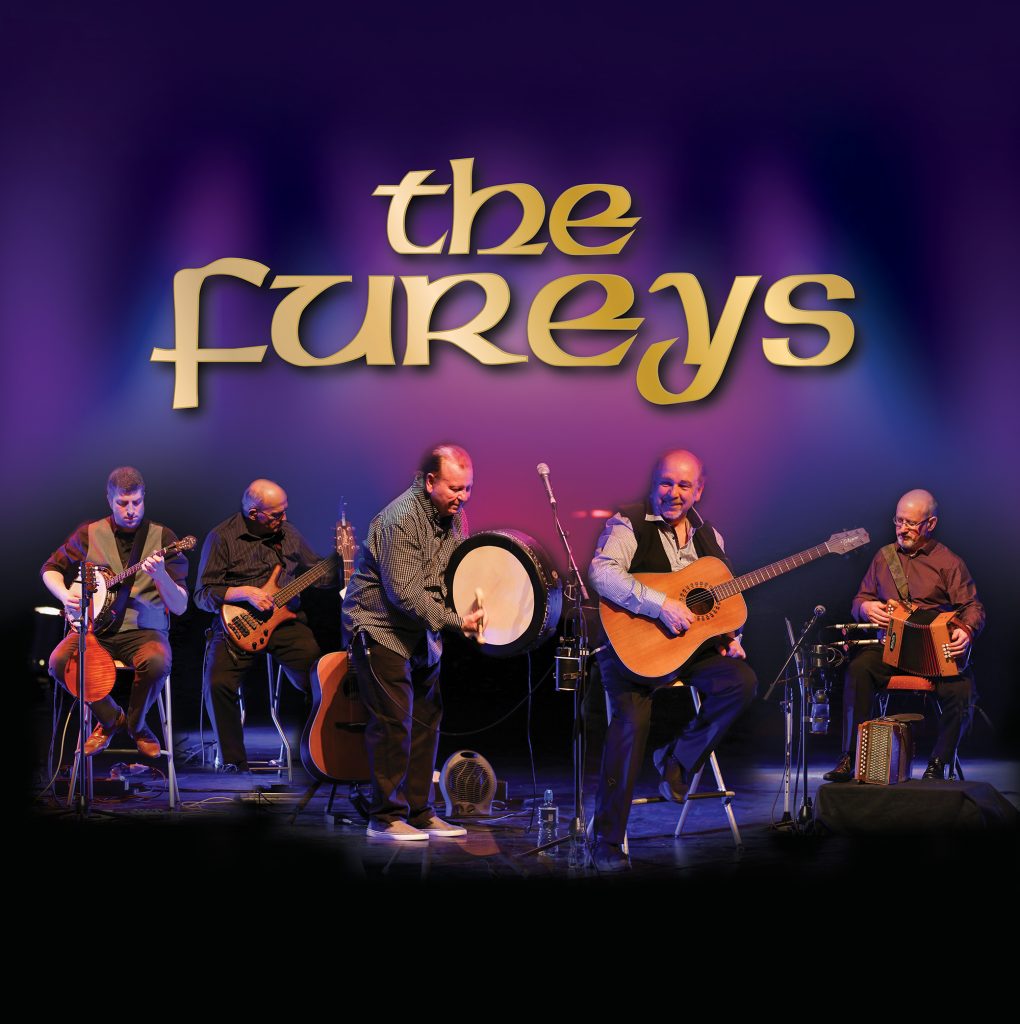 Legends of Irish music & song The FUREYS, renowned for their hit songs ‘I will love you’, ‘When you were sweet 16’, ‘The Green fields of France’, ‘The old man’, ‘Red rose café’, ‘From Clare to here’, ‘Her father didn’t like me anyway’, ‘Leaving Nancy’, ‘Steal away’ etc return for their 5th concert here on Friday 23rd April.

The FUREYS have been entertaining audiences worldwide for 43 years, audiences that have included former Australian Prime Minister John Howard, Former Irish President Mary McAleese and the late Pope John Paul while Tony Blair has publicly stated his favourite peace song of all time is the FUREYS “Green Fields of France” and President Michael D Higgins attended their last concert in National Concert Hall.

The oldest of the brothers, Eddie Furey left home in 1966 and travelled to Scotland at the time of the great folk revival where he shared accommodation with then unknown folk singers Billy Connolly, Gerry Rafferty and Alex Campbell. In 1969 with his brother Finbar, he was the special guest for the Clancy Brothers and Tommy Makem throughout the USA and Canada. In 1971 he moved to mainland Europe where he toured for seven years. Dave Stewart from the Eurythmics has credited Eddie with teaching him his first chords on guitar when they met up in the North East of England while Dave was still a teenager.