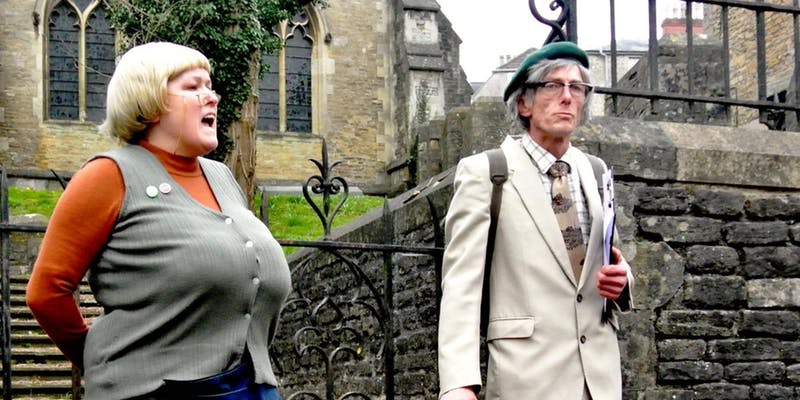 Back for its second year, Frome – The Fecund Coming is Rare Species Theatre Company’s comic take on traditional historical walks.

Join ‘whistorians’ Virginia Saggers & Gerald Terd as they take you up the Via Delorosa and uncover some of the truths behind the town’s burgeoning success.

What lies beneath Frome’s cobbled streets and why has it become such a popular location for hipsters and artisans to settle?