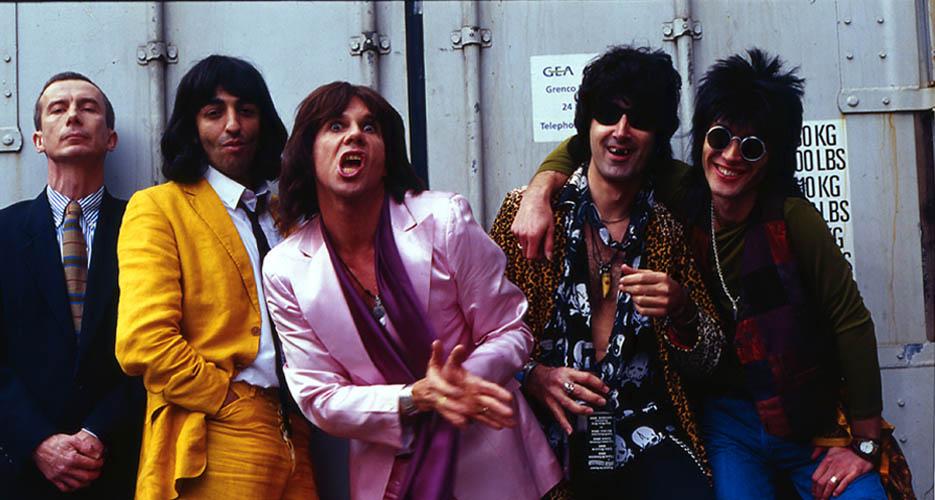 Time to roll away the stone, jump out of the cave and get rocking to the 2nd greatest band in the world!

Why pay a fortune to see ants in a stadium when you can get up close and imitate with the faking brilliance of one of the most exciting live acts you’re ever likely to see.The Counterfeits have toured the globe with phenomenal success for over 30 years, playing shows with audiences of up to 60,000 and sharing stages with such luminaries as ZZ Top, Iggy Pop, Joe Cocker, Blur, Bryan Ferry and many more and are the only band requested by the Stones themselves to perform at private parties.Expect all the hits, retro fashion, vintage guitars and a huge slice of Spinal Tap humour from the ultimate fraud-stars.

So “Come On” all you “Honky Tonks” let’s “Pretend The Night Together”, it’s “Satis-fiction” guaranteed!Such is the worldwide demand for their incredible “Mock’n’Roll” show, it’s been 7 years since they last played the Cheese so catch ‘em while you can!!

The band that the Rolling Stones themselves use for their own private parties.
First show at the Cheese & Grain in 7 Years !  DON’T  MISS THEM!

“The most famous Stones band in England” SIR MICK JAGGER“They’re hilarious” JERRY HALL“They brought back my youth” SIR TIM RICEIT’S PHONEY ROCK’n’ROLL AND YOU’LL LIKE IT!!!