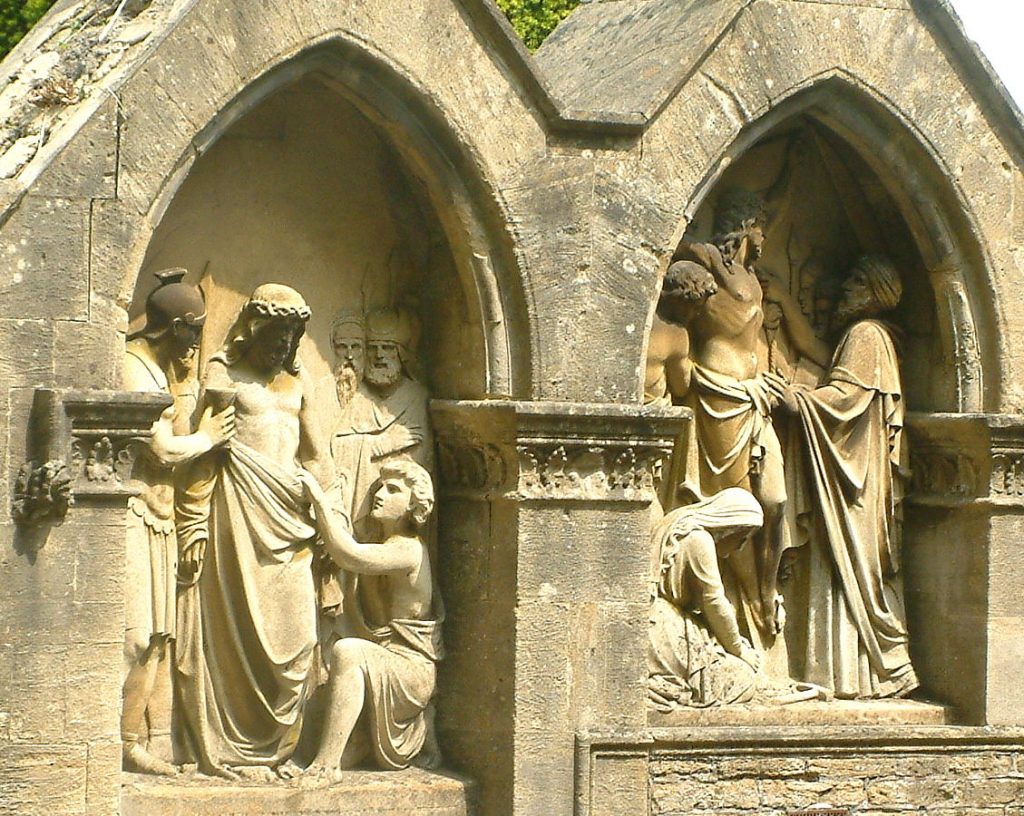 Frome is believed to have begun on the banks of the river that gave the town its name with the arrival of a monk from Malmesbury named Aldhelm around 690AD. During the following three centuries it became an important town in Saxon Wessex, with a royal palace and a role in the unification of the English kingdom.

Barely any physical remains of these Saxon origins can now be seen, though perhaps some still wait to be found again, hidden under the layers of the centuries since. Yet it was during this period that the shape of the town we see today was laid down. This guided walk will explain what we know of Saxon Frome from its founding to the coming of the Normans and trace those Saxon roots that are still visible.

We will meet outside the entrance to Frome Library and finish at St Johns Church, a walk of approximately 1.6km or one mile. The route will mostly be along pavement with one set of steps which can be avoided with a step-free alternative, and will include some steep cobbled streets.

Pay on the day (cash only) or book your place in advance.