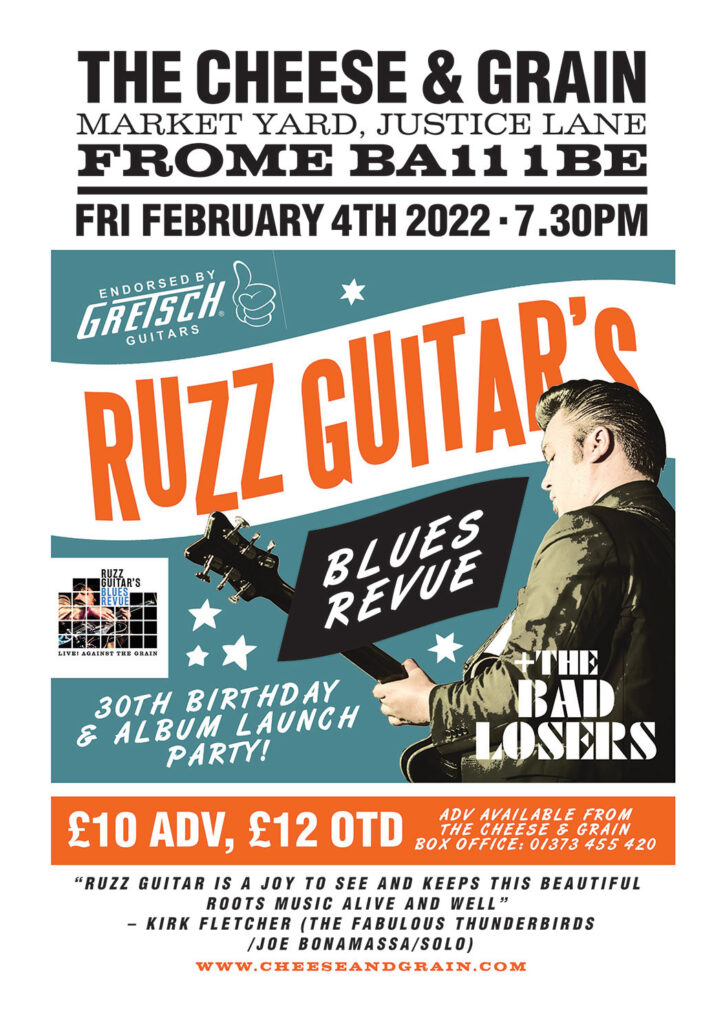 Ruzz Guitar’s Blues Revue have been invited back to The Cheese and Grain in Frome on February 4th, 2022 to celebrate the release of the long awaited new album “LIVE! Against The Grain”.

“LIVE! Against The Grain” was recorded live during the band’s June 19th 2021 show at The Cheese & Grain… this album captures the band’s long awaited return to the stage after 18 months of lockdown due to COVID 19. With special guests Pete Gage and Jerry Tremaine lined up to join Ruzz for this evening, the band were excited to play this show, and as you can hear on the album… so were the audience!

February 4th is set to be a very special night… the full “RGBR” line up is set to bring a set of “Big Band Blues” built up of songs from this new release and adding a couple of new and old numbers into the mix!

Opening the night will be long time friends of Ruzz Guitar… The Bad Losers.