‘Rule The World’ have been recognised as the number 1 Take That tribute act in the world. They’ve been featured on ITV1′s ‘Daybreak’ and had rave reviews from many people including Ricky Tomlinson, Denise Van Outen, Jason Orange’s mother and GARY BARLOW himself. The ONLY Take That tribute show in the land to have ever been praised by Take That’s lead singer!

The show ensures an accurate portrayal of the sounds, look and feel of the sensational ‘Take That’ live in concert. Featuring all the favourite’s including ‘Greatest Day’, ‘Back For Good’, ‘Million Love Songs’, ‘Patience’, ‘Relight My Fire’, ‘Shine’ and many more.

Tonight’s performance is a fund raising concert for a local charity “Smile with Siddy” (smilewithsiddy.co.uk)

* All tickets purchased on line will incur a £1.00 per ticket processing fee 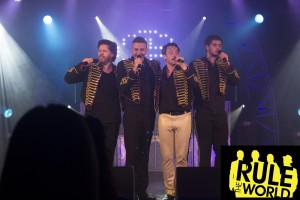 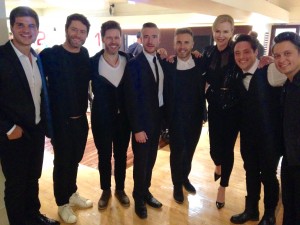