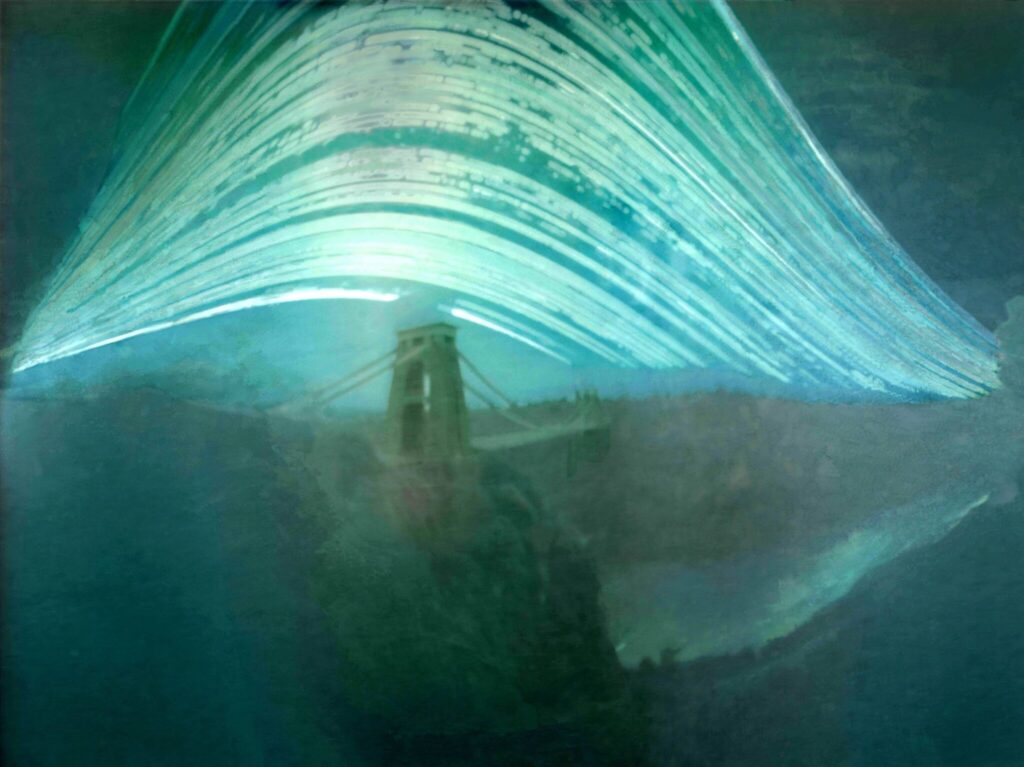 Over 2,500 years ago the philosopher Mo-tzu observed sunlight travelling through a small hole and deduced that light travelled in the same way as an arrow being fired, in a straight line. In just over an hour, ‘Aristotle’s Hole: From Mo-Tzu to the Selfie Stick’ covers the science, 500-million-year history and the immense variety of contemporary approaches to pinhole photography.

Justin will then show his own work, which varies in duration from using fraction of a second to six months, and using a variety of cameras from the Smileycam (which can fit in his mouth) to a wheelie bin (that doesn’t!).

The lively talk may feature several unnerving demonstrations on capturing images entitled ‘being a golf ball’ and a ‘power drill portrait’. The talk can be punctuated by several demonstrations on how to make various pinhole cameras, some of which are given to lucky members of the audience.

Justin is a co-founder of the Real Photography Company, dedicated to reviving and refreshing traditional and alternative photography.