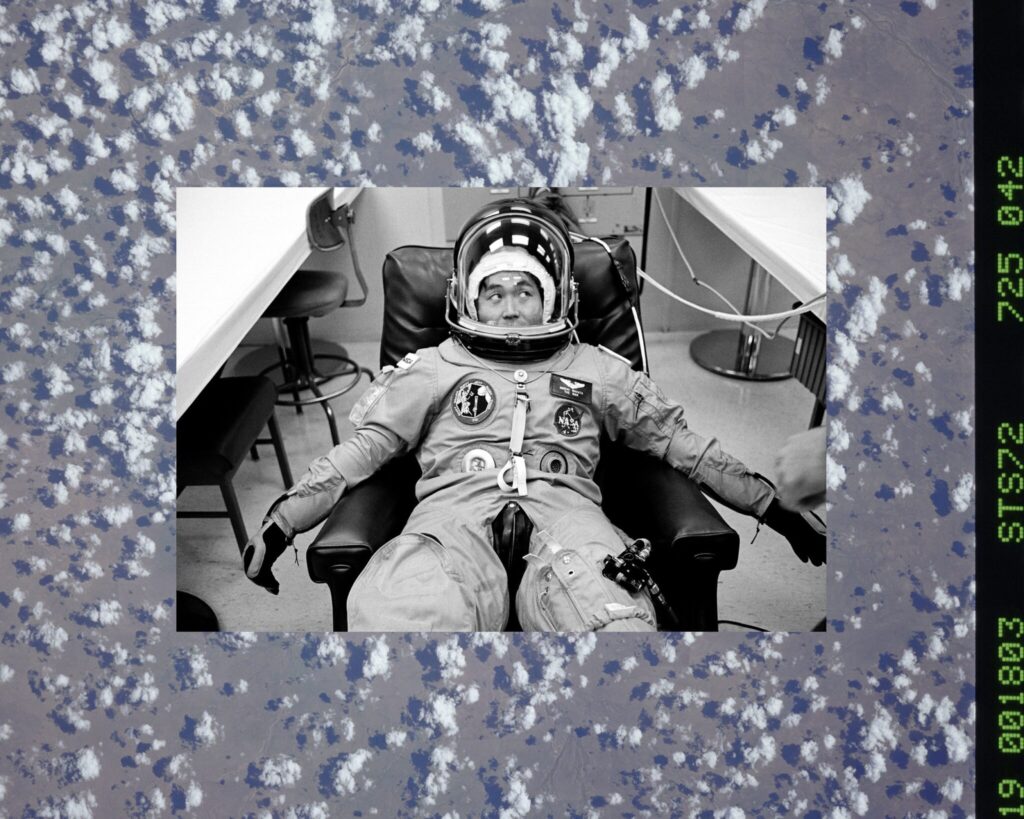 Photographer John Angerson was granted unprecedented access to the Kennedy Space Center, Florida and the Johnson Space Center, Houston, Texas, USA, to document the final months of a year-long intensive training programme preparing for the NASA (STS-72) in January 1996. After revisiting the original negatives during lockdown without the pressures of the original deadline, he discovered photographs that had been previously overlooked.

Bringing them together with hundreds of images he uncovered at the US National Archives that were made in Earth’s orbit and captured by the original STS-72 crew, he created a new photobook. NASA STS-72 (Space Shuttle Publication) book pays tribute to a remarkable group of astronauts at a crucial point for the Space Shuttle programme.

Since the first manned space mission, some of the most important items that the astronauts have brought back from space have been their photographs, which have over the years permanently changed the way we think, feel, and see our place in the universe.