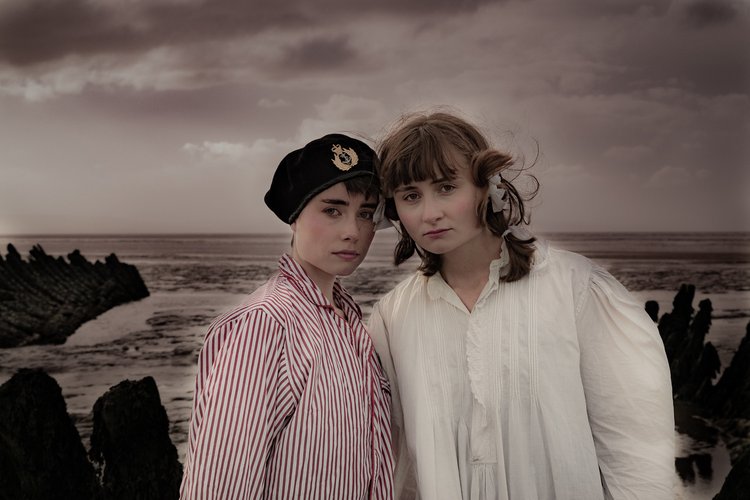 māsa (formerly known as Currer Bell) channel the essence of folk narrative into contemporary songwriting elevated by an array of instruments, soundscapes and their sister harmonies. From an early age, siblings Faron and Merle were home-schooled, which gave them the space to create a shared imaginary world brimming with characters and scenes to fill their storytelling songs. The importance of this bond is behind the name: māsa means sister in Latvian, the language of their great-grandmother, whose extraordinary life-story and vivid imagination remain a treasured legacy for the duo.

māsa have toured as a support act, played festivals such as How The Light Gets In, and worked on a variety of multimedia projects. They retold Folk Tales and composed new ones with Kerchief Theatre, and resurrected forgotten laments and rhymes for We Are All Sonambulists – an immersive guide to their Somerset hometown.

In 2021 they released their debut EP as Currer Bell, Lullabies for an Apocalypse, a collection of songs about catastrophes ranging from the personal to the planetary, which featured renowned drummer Gary Husband. Inspired by classic writing and myth, the songs spin timeless tales to address modern issues.

māsa will release their debut album, Sailors and Insomniacs, a voyage into the ‘Deep Sea Psyche’on 1st July 2022.