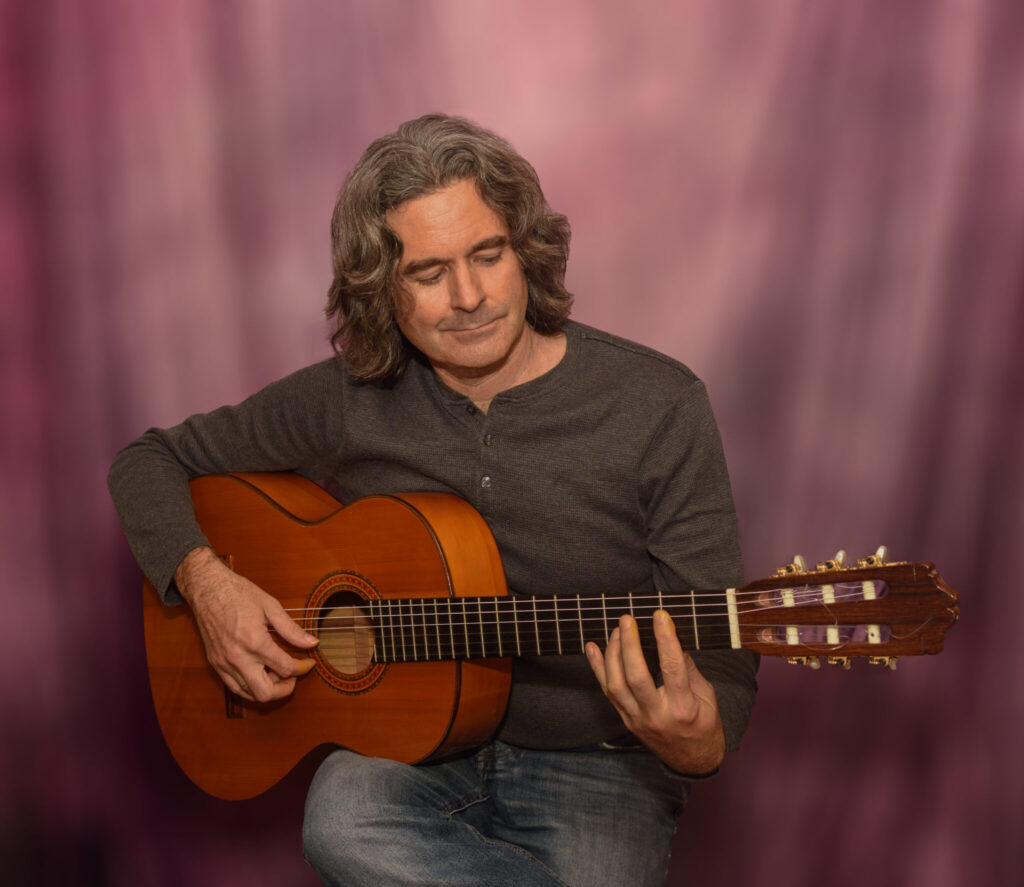 Mark is a professional Spanish guitarist based in the South West of the UK. His experience of live performances spans over 35 years. Mark’s repertoire includes Latin, Contemporary, Flamenco and World Fusion as well as traditional Spanish guitar pieces – original music alongside covers from artists including the Gipsy Kings, Santana, Sting, The Eagles and The Beatles.

He is a dynamic live performer and has also distinguished himself as a composer, recording artist and session musician. He has recorded seven solo albums including the award-winning ‘Mandala’ (2016), ‘Infinitus’ (2020) and ‘Illuminous’ (2021).

Mark has travelled widely, performing abroad with top musicians in Greece, France, Germany, Australia and India. In recent years he has collaborated and performed with renowned LA-based World Fusion band, ‘Incendio’, in California, who also make guest appearances on his recent albums and singles.