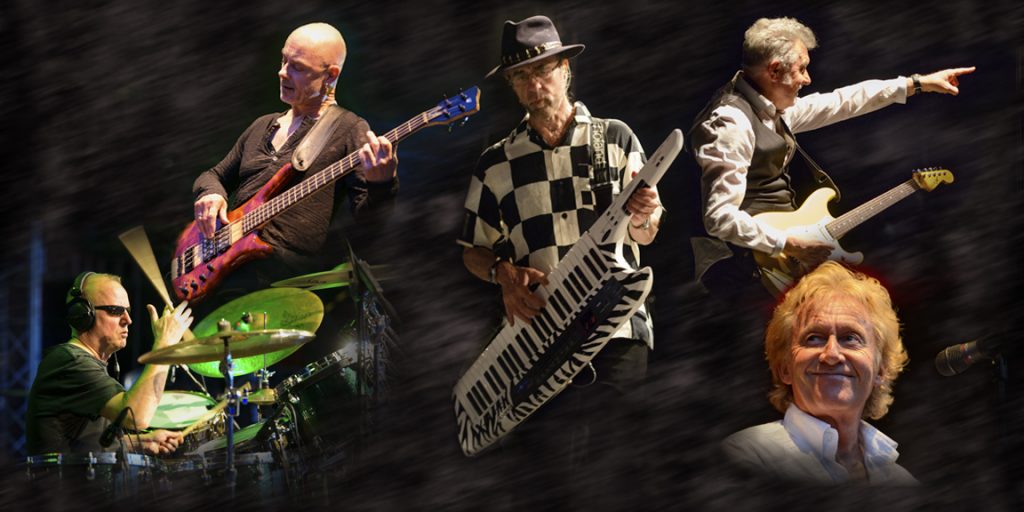 Plus support: The Worried Men

“Voted Rock Act of the Year”. …Rock World
A real coup for the venue in securing the only non-festival UK show by the legendary prog rockers in over three years!  The show at the Cheese & Grain will be the only Theatre or Club show in 2018 !!
Manfred Mann a legendary figure in British Music History, emigrating from South Africa in the early 60’s , leading and lending his name to the pop combo that topped the charts on both sides of the Atlantic.
Always wanting to expand his musical tentacles, he formed the fusion inspired Manfred Mann Chapter Three before forming The Earth Band in 1971. The name being inspired by former bandmate and Beatles associate Klaus Voormann.
As well as Manfred’s compositions, the band had huge hits with several Bruce Springsteen numbers including “Blinded by the Light ” which topped the charts in The USA and Canada, “Spirit in the Night”, and “For You”.
Expect these and other classic hits by the band including  “Joybringer”, “Davy’s on the Road Again”, “It’s all Over Now” “Baby Blue”, “Get Your Rocks Off”, “Don’t kill it Carol”,”California”, “You Angel You”, “Chicago Institute”, “Father of Day”, and “Mighty Quinn”.
Keyboard virtuoso Manfred Mann still has founding member Mick Rogers with him on guitar and vocals as well as his longtime all star band of Robert Hart on vocals (Kenney Jones & Snakecharmer), John Lingwood on drums, (Regularly with Roger Chapman & Family), and Steve Kitch on bass (ex Jim Capaldi & Hazel O’Connor).
Everyone has heard of Manfred Mann’s Earth band, everyone knows the songs, but how many people have ever seen them??  Still hugely popular they mainly play festivals in Europe and North America, so this is an incredibly rare opportunity to catch a band of this stature in an intimate venue.
Don’t miss this amazing band with one of the most dynamic stage performances you are ever likely to see!
+ Google Calendar+ iCal Export