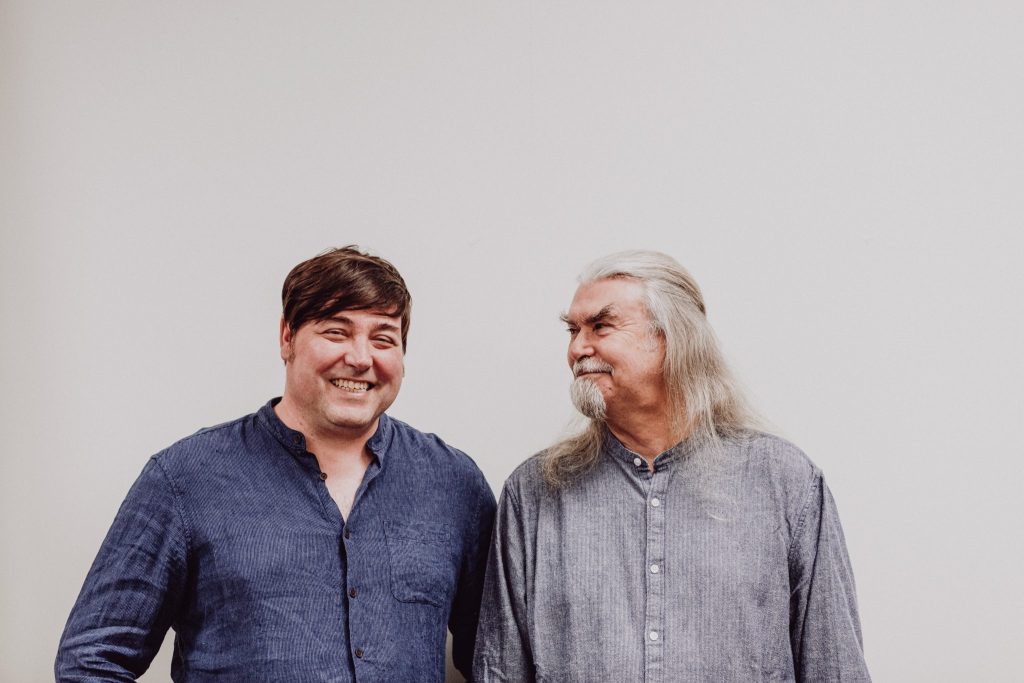 “There can be no doubting that both performers are amongst the most, if not the most, talented of their peers. I was probably not the only person to leave the venue in awe at having witnessed something very special.” Fatea Magazine

On a summer’s day in 2016, the organisers of FolkEast Festival masterminded one of the most intriguing and exciting collaborations on today’s folk scene.

Peter Knight, legendary violinist and ex-member of folk-rock band Steeleye Span was paired with leading melodeon player and ex-Bellowhead member, John Spiers, for a special one-off performance which left audiences in awe. With no space to be found in the marquee, people stood five deep in the pouring rain in order to witness the bringing together of two of the most genuinely gifted musicians in their respective fields. With a standing ovation and roars for more, and much to the delight of folk fans everywhere, Knight and Spiers decided not to leave things there.

The pairing of violin and melodeon is not a new one, but in the hands of Knight and Spiers, improvisation and invention meet the listener at every turn. Together they have created a musical document that resonates with history, but also something that should inspire future generations of musicians to engage with Britain’s folk dancing heritage, and the beautiful, mysterious tunes that can be found within that heritage.

These uniquely gifted musicians make a sublime pairing, and create a live performance to be remembered for a long time. This very special concert will feature lesser known carols, tunes and wassails from the English tradition and beyond.