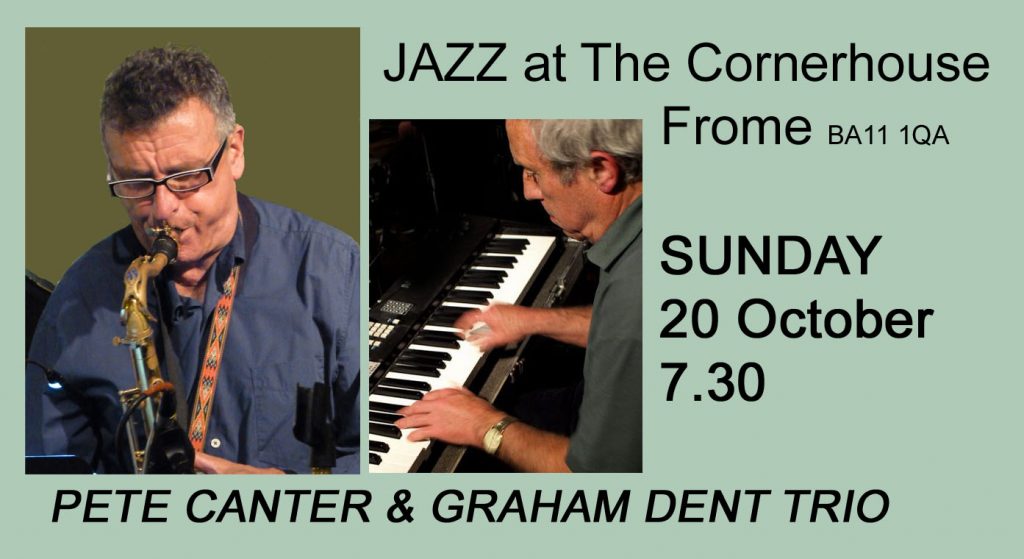 3rd Sunday jazz at the Cornerhouse:
This month’s gig features Pete Canter, an accomplished saxophonist and a prolific and creative composer, guesting with Graham Dent’s piano trio (with Adrian Smith on double bass and Greg White on drums).

Pete Canter’s jazz repertoire draws upon hard bop, bebop and latin jazz and increasingly upon his own compositions which bring together elements of contemporary jazz, folk and classical music. Pete first played on the 1980s London scene, and after a spell in Wales, he moved to Exeter in 2001 where he leads his own band and plays extensively on the local jazz scene, as well as having worked with Iain Ballamy, Christian Brewer, Harry Beckett amongst others. Pete has been praised as being a truly inventive improviser with a distinctive sound. Support live music in Frome. Find out more at www.petercanter.com and www.grahamdent.com