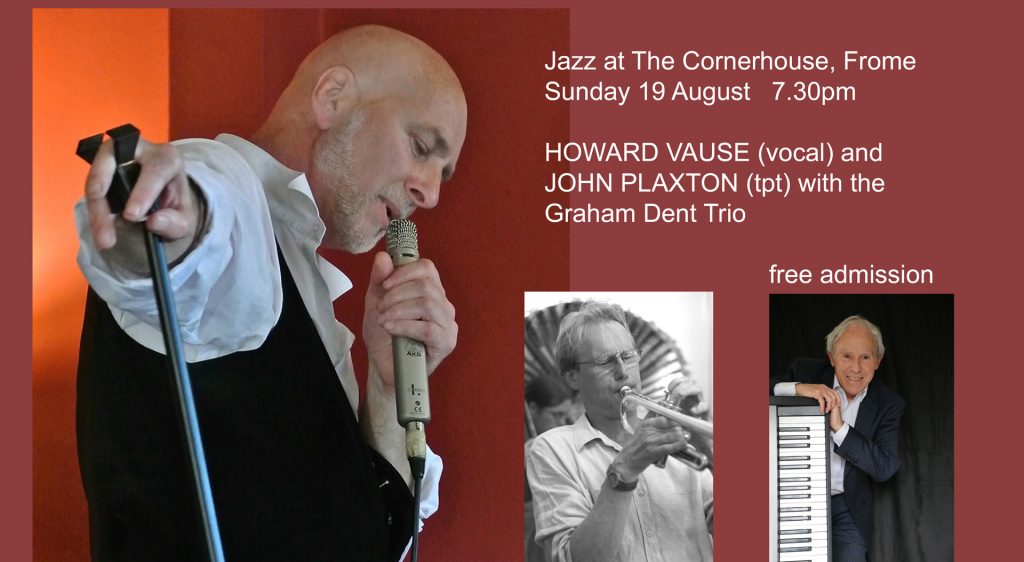 3rd Sunday jazz with the Graham Dent Trio
This month Graham has invited singer Howard Vause to be his guest. Howard sings with style and panache on the one hand, and with adventure and risk taking on the other. He regards each song as a spell ready to cast – full of mystery, truth and magic. If that sounds intriguing, then come along to the gig. It’ll be fun, especially as local trumpeter John Plaxton will also be appearing. Adrian Smith and Greg White will be on bass and drums respectively.
Howard’s broad repertoire extends from George Gershwin to Marvin Gaye, from delicate ballads to funk, every song oozing passion, sincerity and originality of interpretation. He has explored many styles during 40 years of music making, from the Northern rock bands of his youth, to South West soul-folk and electronica and to discovering latin rhythms, jazz and world music. Incidently he is also well known locally as a creative video maker. … a talented guy.