Invisible Eyes, Virus, 51st State, The Setbacks and Subjects to Nothing 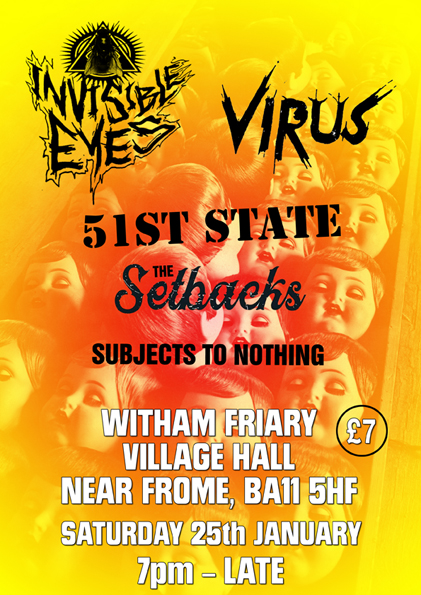 Virus
Punk band from Gillingham, Dorset, originally formed in 1983. Split in 1986, briefly got back together in 1996 before permanently reforming in 2006. New album, Pathogens, out now on Grow Your Own Records.

51st State
Punk 2 piece, just drums and bass and a rant at the mike.

The Setbacks
No frills punk influenced rock from Bath, established 2001.