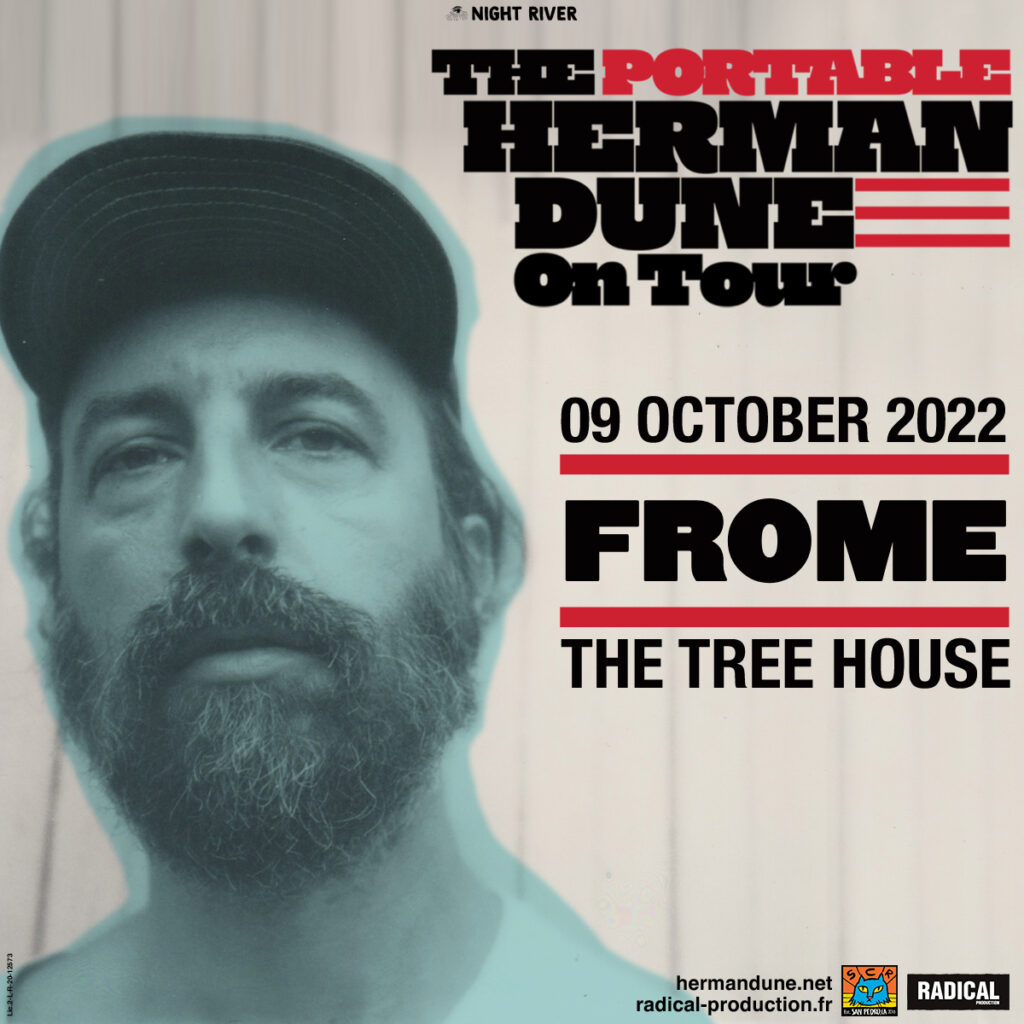 Night River are very excited to share that California-based Swedish-French act Herman Dune, our favourite DIY, folk rock, Americana hero will be stopping by on October 9th, for his first tour since 2015 and his first ever show in Frome. He is celebrating the release of THE PORTABLE HERMAN DUNE, for which 22 years of songwriting are laid bare with his 1954 guitar, his 1930s mandolin, his heartfelt and often hilarious lyrics, unmistakable voice and some exceptional guest singers: Julie Doiron, Caitlin Rose, Jolie Holland, Mayon and Kimya Dawson.

Herman Dune’s twenty-year career has been marked by over 15 records released of lyrically genius and musically adventurous songwriting (David Berman or Jeffrey Lewis are peers), touring the world with the likes of Arcade Fire, Of Montreal and Sleater-Kinney; double-digit John Peel Sessions; film soundtracking, high-profile festival appearances and even producing a comic strip and limited-edition toys.