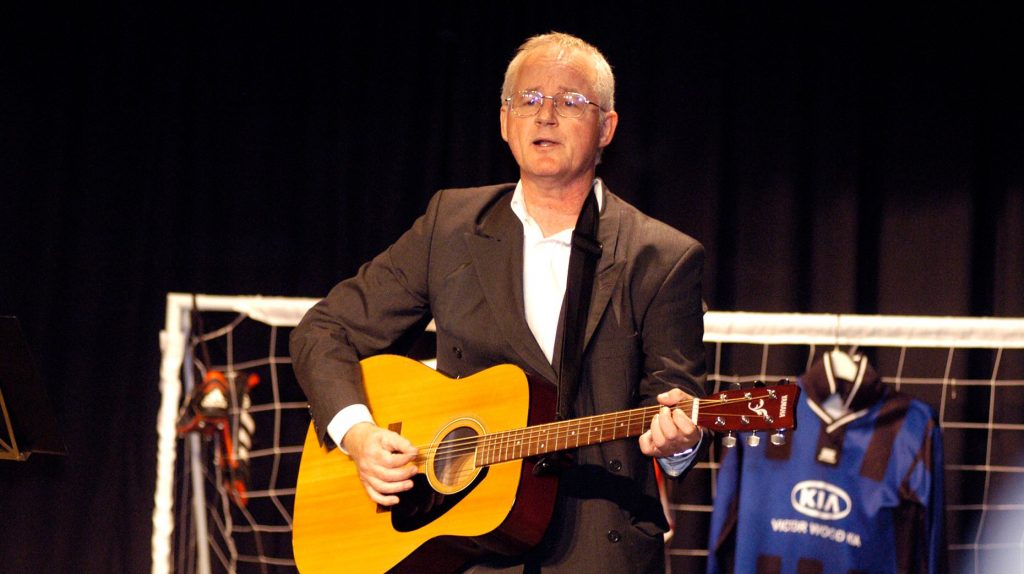 As Euro 2020 reaches its climax, “A Load of Old Balls” brings to Frome an hour-long collection of songs and poems celebrating some of the most famous football personalities of the modern game.  A light-hearted look at the language of football (with a bit of cricket and politics thrown in for good measure).

Wayne Rooney, Arsène Wenger, Sir Alex Ferguson, Jose Mourinho, Sven-Göran Eriksson and Thierry Henry are all included in this mixed bag of quotation, poetry and song – including a special version of Who ate all the pies? featuring fat footballers.

Grahame Lloyd has been a freelance broadcaster and journalist for forty years. He has commentated and reported on football for BBC, ITV, Talksport, the Independent, the Guardian and The SkySports Football Yearbook.