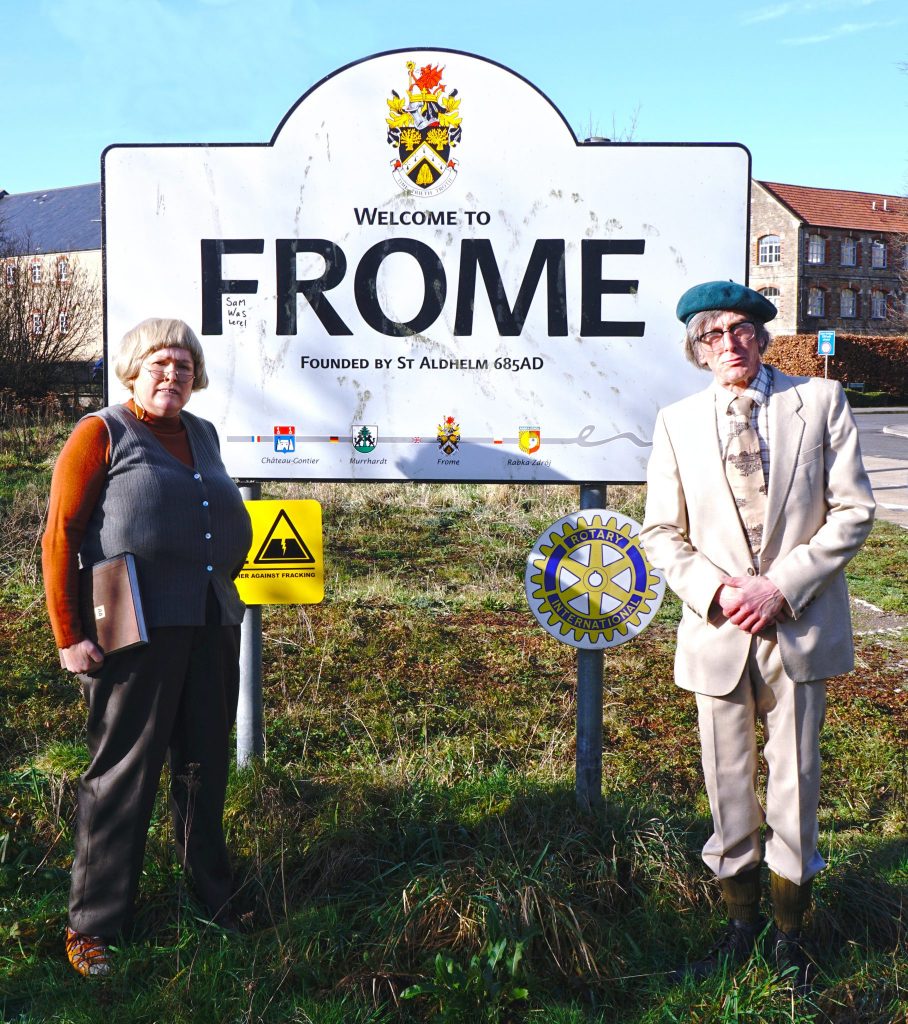 “Frome – The Fecund Coming” – the comedy walking tour by mothers of theatrical invention Rare Species – is coming back by popular demand, every third Thursday of the month August to December inclusive.

“Rare Species are adept at taking a tiny granule of fact about the town, and expanding it into deliciously bonkers takes on all sorts of things.They are skilled and sharp performers, adept at improvising comedy from any haphazard thing that happens on the way, before returning to the hilarious script. If you’re after finding out the actual history of the town, this is not for you; but for incessant and imaginative laughs it can’t be beat.”
**** 4 stars John Christopher Wood, Theatre Bath

“The tour was a perfect example of everything that I love about Frome, thoroughly bonkers, madly creative and downright hilarious” Ciara Nolan

Have you ever wondered why Frome is such a magnet for independent thinking creatives?

Why choose to put down roots in a small market town in Somerset?

What lies beneath its burgeoning success?

Allow esteemed whistorians Virginia Saggers and Gerald Terd to take you up the Via Delarosa, lifting the lid on Frome’s prosperous CULTure.

Discover the power of the Holy Well, cross ley lines and nay lines, feel the the crystal winds between your cheeks and learn how sensible shoes can lead to spiritual awakenings.

Secret histories revealed, futures foretold, rumours reiterated. Which stars foretell our destiny, and which stars have been spotted in the local charity shops?

A fun Fromambulation and a load of old cobbles.

Meet at the top of Cheap Street, near the Holy Well BA11 1BH