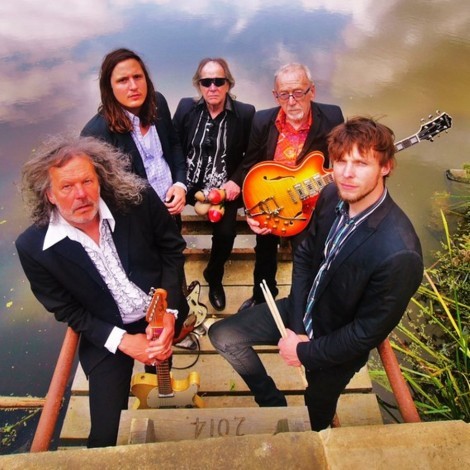 RHYTHM & BLUES DOESN’T GET ANY BETTER THAN THIS

A whole weekend of Top Class Rhythm & Blues from both sides of The Atlantic that any venue in the country would-be proud to host !!

The Pretty Things were one of the hottest R’n ‘B/ Rock ‘n ‘Roll bands to emerge from the 60’s. Still fronted by original members Phil May and Dick Taylor (original Rolling Stones guitarist), they trumped the Stones to become the loudest, dirtiest, hairiest band in the world with their hard edged Blues/Rock. Their career had gone from Rhythm & Blues to Blues/Rock to Garage Rock, from Psychedelic Rock & Pop back to pure R’n’B which they do best. All elements of their music is covered in their amazing live show which will get you moving from the first beat! As mentioned original members Phil May and Dick Taylor are still at the helm along with longtime cohorts: Frank Holland, (Guitar), George Woosey (Bass) and Jack Greenwood (Drums). 2018 will celebrate their 55th Anniversary which is a rare achievement in the music business. This band have got it right and are one of must see live acts on the circuit.

A band that needs no introduction. We can’t believe that it’s over 10 years since DR FEELGOOD last played the Cheese & Grain, due to their constant touring in Europe and the Far East. Formed in Canvey Island in 1971, the group soon became a major force on the R’n ‘B  circuit. Their distinctive sound was centred on Wilko Johnson’s choppy guitar style and the distinctive vocals of Lee Brilleaux. The breakthrough 1976 live album “Stupidity” topped the UK Album Charts and their place in rock history was assured. The current line up is the longest in the band’s history: Robert Kane, Lead Vocals  (18 years , previously with The Animals) Steve Walwyn, Lead Guitar ( 28 years, previously with The Big Town Playboys), Phil Mitchell, Bass (30 years) & the ever present Kevin Morris , Drums (34years). The journey continues for one of Britain’s most enduring and best loved bands who continue to enthrall audiences as far away as Japan & Australia with the kind of “no nonsense” live energy that first endeared Dr Feelgood to a generation of music fans over 35 years ago.

Albert Lee’s impeccable pedigree stretches back over 40 years, performing with many of the greats along the way , including being a regular member of the touring bands of Eric Clapton, Emmylou Harris and The Everley Brothers. While living in Nashville he was the “go to”  guitarist for session work and live shows. His list of credits are endless, including performances with Willie Nelson, The Crickets, Lonnie Donnegan, Jimmy Page and Ricky Skaggs. One of the world’s most revered guitarists, known for his virtuoso finger style and his amazing lightning speed picking technique. Also a great vocalist and piano player, he has embraced R’n ‘B, country and Rock’n Roll, citing his influences as Duane Eddy, Chet Atkins and Buddy Holly.

The headliner for The Americana Day of the festival is a British born Guitarist who has moved to the States and as a contradiction the double bill features a pure Blues Musician from the Deep South of the USA , who has moved to the UK. Johnny Mars has played every major Blues Festival on both sides of the Atlantic, as well as major Jazz festivals including Montreaux.  However Johnny Mars is essentially a Bluesman. One of the finest vocalists and front men around . Years of performing with the best and gaining a lifetime’s knowledge of playing with the best around have taught him his stagecraft which is second to none.
+ Google Calendar+ Add to iCalendar