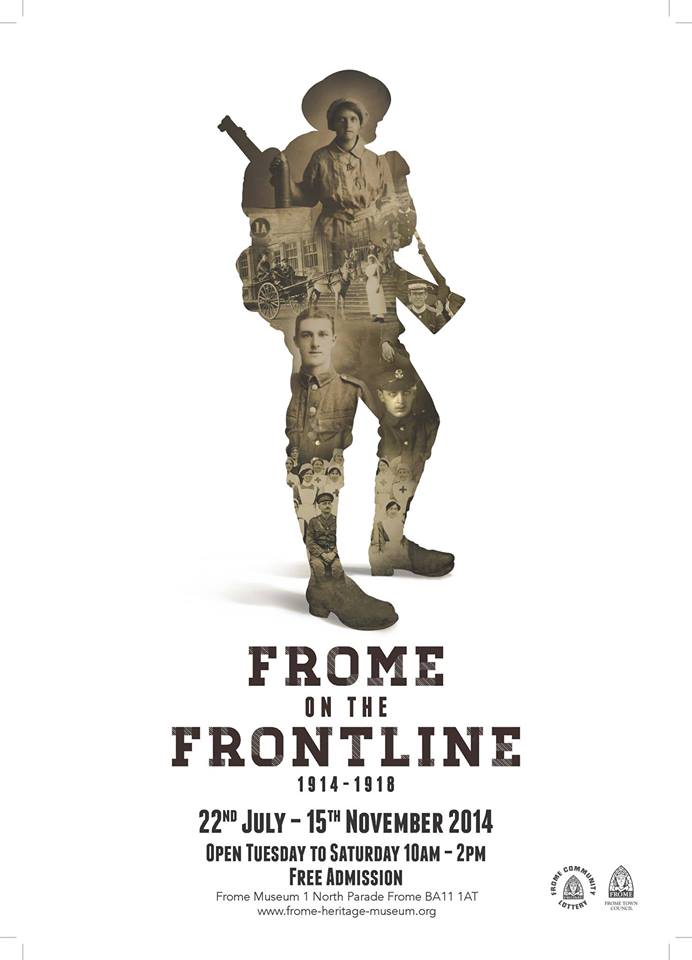 The story of ‘Frome on the Front Line’ will unfold through local newspaper reports and letters home from soldiers.  We will focus on the important role that local industry played in the war effort and pay tribute to Frome’s own war heroes, not only those on the front line but the workers in the factories, the families who took in refugees and those tirelessly working for war charities.