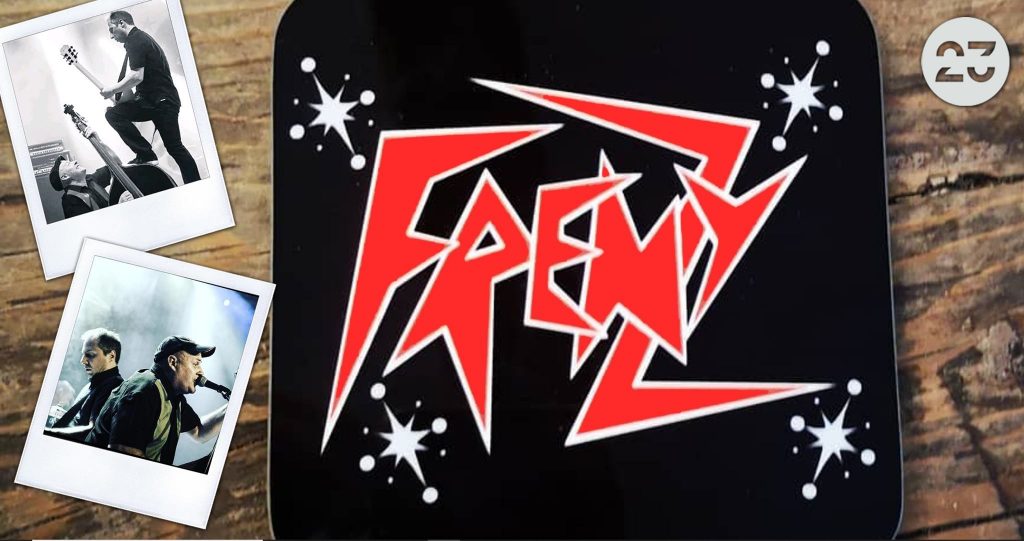 In a career spanning more than 37 years, Frenzy have toured the world, reaching places like Holland, Spain, Japan & the USA. They also have a fine back catalogue of albums, EPs and dozens of tracks on compilation albums.

If you’ve seen them live – you’ll know the mad double bass antics of front-man Steve Whitehouse, revered as one of the best slap bassists in the industry, grab this chance to see it in the flesh!

This trio of Neo-Rockabilly strutting beasts also includes the one and only Steve Eaton on lead guitar. As part of Far-Cue – Steve’s punk attitude teamed with his absolutely tireless skill has placed him firmly in the Frenzy lineup for over 20 years!

Finally, a new addition to the Frenzy Psychobilly Family – on drums – you may know him from the Hammervilles, you may know him from Feeder. striking that snare harder than anyone we ever met – Tim Trotter! With an admirable history of recording and touring, Tim’s skills are well versed to keep up with the best of them.