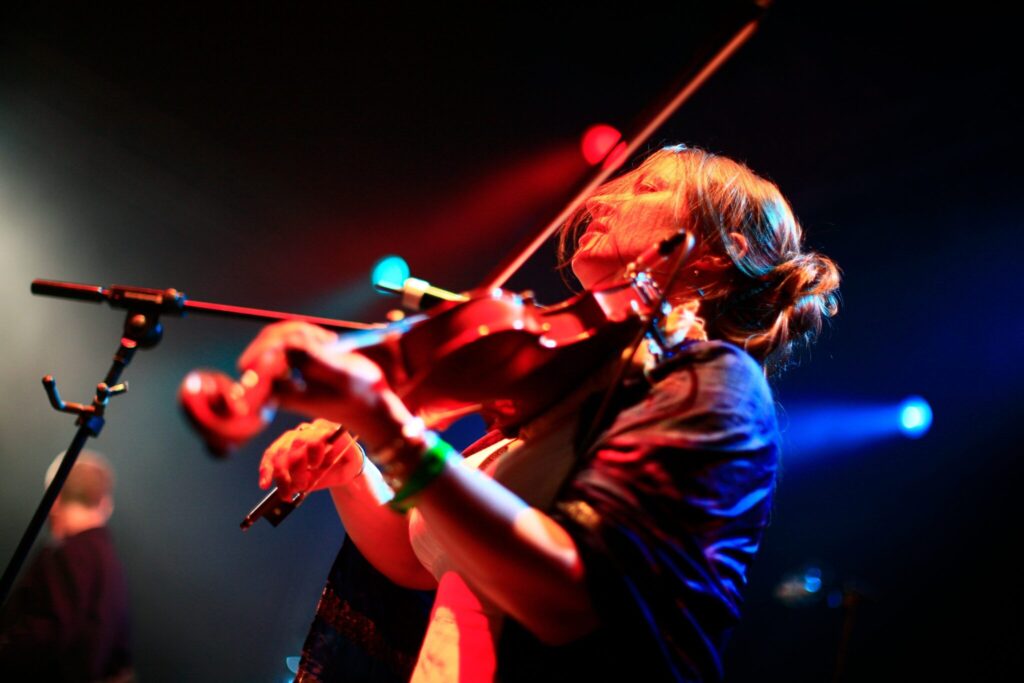 Eliza Carthy is one of the most engaging performers of her generation. Twice nominated for the Mercury Prize and winner of innumerable other accolades over a 30 year career, Eliza has performed and recorded with a diverse array of artists including, Paul Weller, Richard Hawley, John Smith and Van Dyke Parks, Patrick Wolf and Peggy Seeger.

More than most, Eliza Carthy has revitalised folk music and captured the most hardened of dissenters with intelligent, charismatic and boundary-crossing performance. Recently Eliza was honoured with a MBE for her amazing services to folk music.