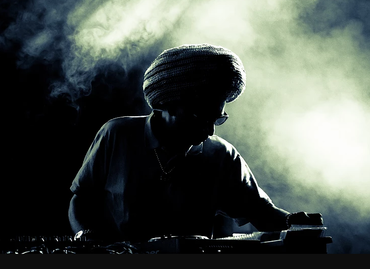 We’re delighted to welcome the legendary DJ, Grammy Award Winning Filmmaker, musician, songwriter, author, collaborator and band manager to the Cheese & Grain for the very first time.
Don achieved notoriety in the 70’s when he single handedly  turned a whole generation of punks onto reggae and directed his first film “Punk Rock Music” in 1977. It remains the only authentic documentary of the punk rock scene, featuring the Sex Pistols, Clash and a host of other bands.
This led to him directing over 300 music videos for such artists as Bob Marley, Elvis Costello, Jimmy Cliff, S’Express, and Beanie Man and more movies featuring the likes of Gil Scot-Heron, The Jam, Sun-Ra, George Clinton, The Clash etc.
During this period Don Managed to find time to manage The Slits, record a single with P.I.L, collaborate with members of Trouble Funk, co-write four albums with B.A.D, achieving hits on both sides of the Atlantic including the huge selling “E=Mc2”, and forming Big Audio Dynamite with the Clash’s Mick Jones.
As a DJ he has performed highly acclaimed sets at Glastonbury, Lee Perry’s Meltdown, Trojan, Rough Records, Jarvis Cocker’s Desperate Sound System etc.
He is also the regular presenter of the “Culture Clash Radio Show” on BBC Radio 6.
When he hits the decks, expect the unexpected and relive the spirit of his incredible days at the legendary Roxy Club. “Talking the history and legacy of Jamaican music – the emphasis is on moving the crowd!”
Don’t miss the “Rebel Dread” and his amazing mix of punk and reggae grooves!!
+ Google Calendar+ iCal Export