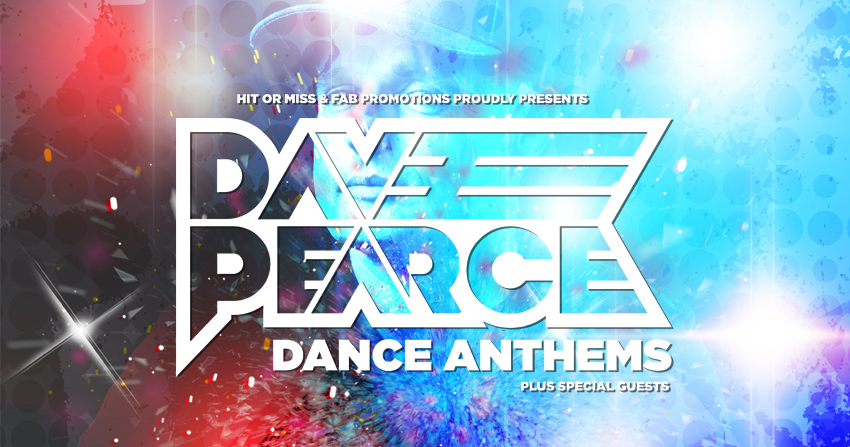 The creator and original presenter of BBC Radio 1’s Dance Anthems—Dave Pearce has been a driving force in the UK Dance Scene for many years. Renowned for his energetic uplifting and anthemic “big room” sets incorporating Trance/Electro house and Progressive interwoven with reworked classics and also for his Trance Anthems and Pure Trance sets.

Dave Pearce has sold over 1 million mix compilation albums in the UK with numerous top 5 UK Chart positions. He has held residencies in Ibiza, Ministry Of Sound in London and BCM in Mallorca. He has played at all the major dance festivals including Creamfields and has been featured three times in DJ Mag’s Top 100 DJs in the world.

2016 saw Dave score two top 10 Dance albums on iTunes. Dave Pearce 90s Dance Anthems and Delirium Summer Trance. Very much in demand he has played this year at 9 UK festivals and rocked clubs including Ministry Of Sound, The Egg in London and Zero Gravity in Dubai.

In the past he has achieved three Top 5 Beatport Trance Chart positions with his own productions on his Delirium label receiving support from the likes of Armin van Buuren, Above & Beyond, Markus Schulz and Paul Oakenfold.