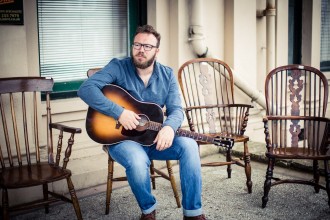 With an avid following from the days in his former band Gomez, singer/songwriter Ben is dropping into Frome to give us some tunes from his solo material including the recent album ‘A Man Apart’ plus a few tunes from the Gomez catalogue prior to embarking on a tour with his old band mates in late spring to celebrate the 20th anniversary of their ‘Bring It On’ album

A Man Apart is Ben’s third solo offering and follows his albums Shapes and Shadows and Rattlebag. The album is a record that crosses musical genres such as Americana, blues and folk backed by Ben’s unmistakable gutsy and gravelly voice.

A Man Apart delves into such relevant subjects as love and relationships, fame and politics. The album’s title track focuses on populist politicians exploiting people’s hopes and fears, with Bones touching on the realisation of not being worthy of someone, and opener Own It, sees Ben reflect on his time growing up in public in Gomez.