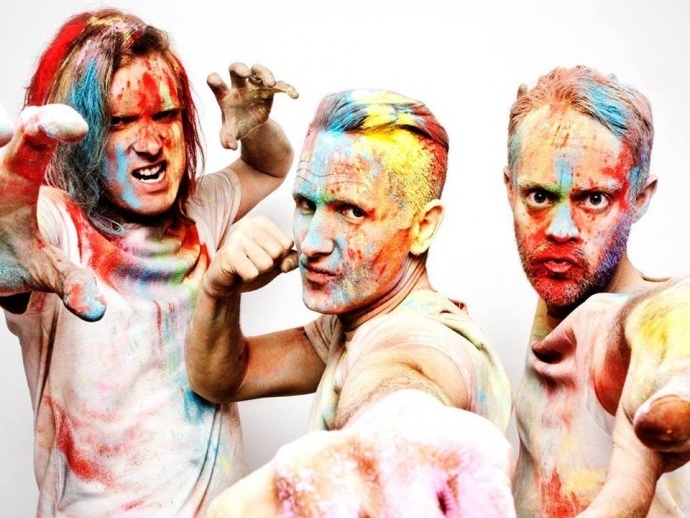 Formed in Downpatrick, Northern Ireland by Tim Wheeler (vocals and guitar), Mark Hamilton (bass) and Rick McMurray (drums), Ash released their first studio album ‘1977’ and were then joined by Charlotte Hatherley (guitar) for a further 3 studio albums ‘Nu-Clear Sounds’, ‘Free All Angels’ and ‘Meltdown’. Charlotte left the band in 2006 and the band went on to record and release ‘Twilight of the Innocents’ before launching the innovative A-Z series which saw the band release a single every fortnight for a year. Bloc Party’s Russell Lissack has joined the band on stage since 2010.

After eight years and a string of singles, Ash returned with their new studio album ‘Kablammo!’ in 2015, despite once saying they would never record an album again. Full of the adrenaline-fuelled bombast that has made Ash one of the country’s most exciting guitar bands, the album captured the live essence of the Northern Ireland trio in all their frenetic, melodic glory. With a career spanning more than 20 years and 18 Top 40 hits, it showed the trio have lost none of the energy that saw them debut on ‘Top Of The Pops’ whilst awaiting their A-Level results. They went on to be heralded as “the ultimate singles band” and have released five full-length studio albums with ‘Kablammo!’ one of their very best.

From the sunny streets of Kent, England, Get Inuit play dirty guitar pop. The band have spent the last 12 months fine-tuning their high energy, fuzzed-out live show, playing with bands such as Spring King,The Magic Gang, VANT, PUP, Slaves and DZ Deathrays along the way, as well as performing to packed out festival crowds at SXSW and Reading, amongst others. Named as one of Annie Mac’s Ones To Watch for 2016, the band have released a number of critically acclaimed singles including anthemic live favourite ‘Barbiturates’ and last summer’s 100mph stomper ‘Teriyaki’, picking up praise from Clash, Nosiey, DIY, NME, Dork, Gigwise and more along the way, as well as unwavering radio support from BBC Radio 1’s Huw Stephens and Annie Mac, 6 Music and Radio X.