An Evening with Sir Tony Robinson 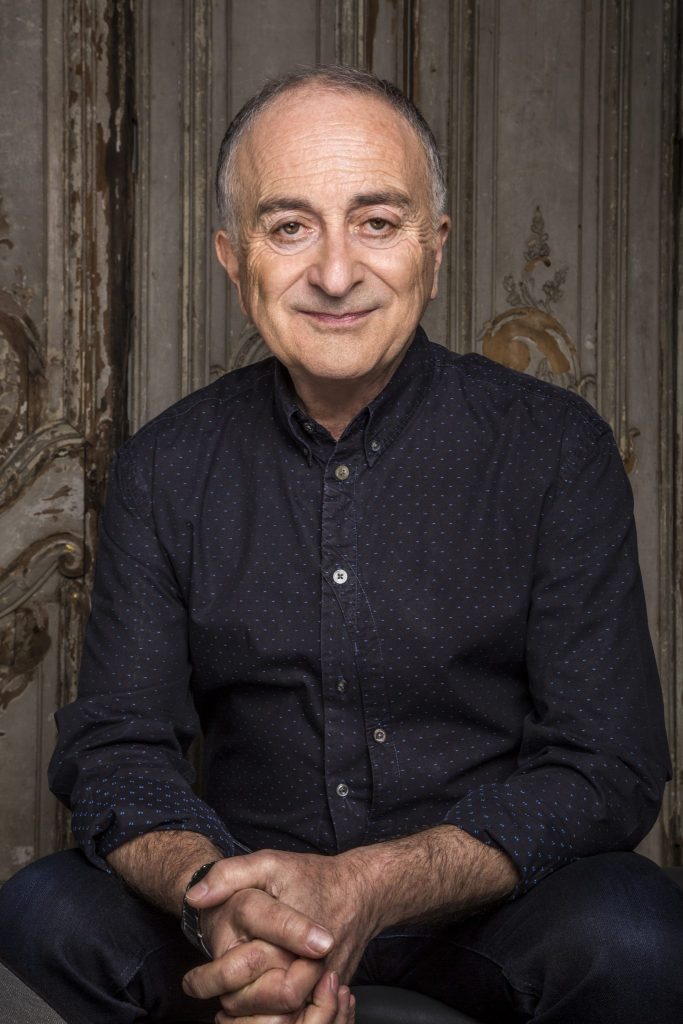 AN EVENING WITH SIR TONY ROBINSON
Born in London in 1946, Tony’s first professional appearance was at the age of 13 in the original stage version of the musical “Oliver”, which was followed by numerous shows, films and TV appearances as a child actor, before moving on to adult roles in such exhalted circles as the National Theatre, Royal Shakespeare Company, Chichester Festival Theatre etc.
Now widely known as an actor, comedian, author, presenter and political activist, over the past few decades he has emerged as Britain’s foremost face of popular history, created a worldwide comedy icon, become an award winning writer of children’s books and television programmes and achieving the ultimate accolade of a Knighthood in 2013.

He has presented 20 series of Channel 4’s archaeology series ” Time Team”, appeared in BBC’s “Blackadder” TV
series, written and starred in “Maid Marian & Her Merry Men”,  made 2 series of “The Worst Jobs In History” 3 series of “Walking Through History”, and the highly acclaimed documentary about the elderly entitled
“Me And My Mum”.
His incredibly diverse career has seen him presenting the children’s TV show “Play Away”, appearing in in the award winning Horizon documentary “Joey” and playing alongside John Wayne in the film”Brannigan”.
In the last two years he has made”Tony Robinson’s Coast To Coast”, “Britain’s Greatest Cathedrals”, 2 series of “Britain’s Ancient Tracks”, and played Daddy in two series of “Man Down” with Greg Davies. His most recent shows are “Egyptian Tomb Hunting”, ” Hidden Britain By Drones”, and a six-part series called  “The World By Train”. A four-part walk along the Thames will soon be transmitted on Channel 5, and he is currently working on a on British history seen from the point of view of the common man and woman.
His portrayal of Baldrick in the British historical sitcom “Blackadder” has achieved legendary status where in the original series he was cast as an astute character and his master was an idiot. As further series moved the characters through time, Blackadder became the brilliant schemer and “batman” Baldrick was reduced to a buffoon whose catchphrase “I have a cunning plan” couldn’t have been more inappropriate!
His autobiography “No Cunning Plan” was published in 2016 and he has extensively toured his one-man stage show “Tony Robinson’s Cunning Night Out”, including a series of sell-out performances at the Edinburgh Festival.
This show will be in two halves with Tony performing in the first part and the second being in the form of a question and answer session.

With all his many exploits, endeavours, political views and charity work to discuss, expect nothing less than a no holds barred discourse!
Don’t miss a hilarious, thought provoking and highly entertaining evening with this much loved captivating performer and national treasure!!!