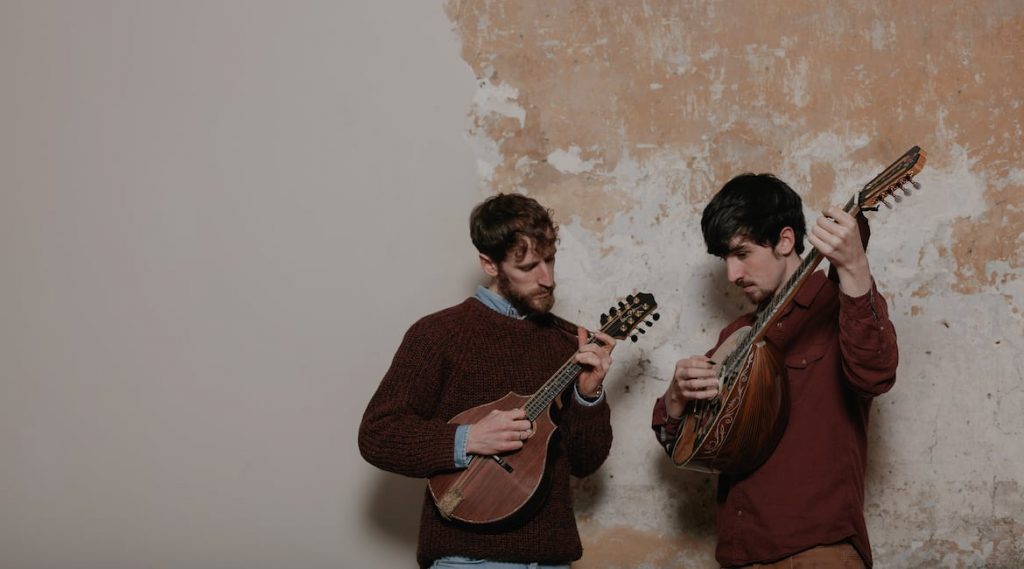 Brothers Brían and Diarmuid Mac Gloinn grew up playing music together around their hometown of Carlow in south-east Ireland. After moving to Dublin they quickly became a staple of the live music and session scene in Ireland, playing their own original songs as well as folk songs from Ireland, Scotland, England and America.

Since then they have been busy touring Ireland, the UK and Europe, opening for acts such as Villagers, Roy Harper and Lisa Hannigan. They have also played sold out headline shows in Ireland, Paris, Geneva, and Solothurn, Switzerland.

‘The Lowlands of Holland’ from their debut album was nominated for Best Traditional Track at the BBC Radio 2 Folk Awards in 2018.

Their second album The Hare’s Lament was released in March 2019 on River Lea Recordings, a division of Rough Trade Records.