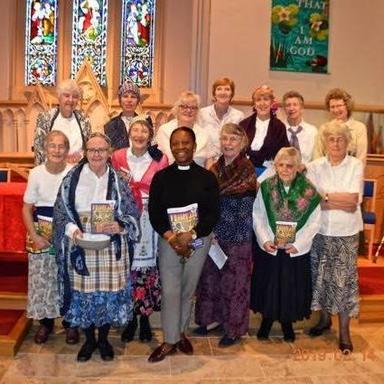 ‘Come Everything is Ready’.
Everything is ready, and the invitation is for everyone – men, women and children of all ages to join this special Day of Prayer. The Women of Slovenia, one of the smallest and youngest countries in Europe, have prepared this service and they encourage us to reflect on the barriers they have faced since the end of the Second World War. They share the challenges they have met and the hopes they have for the future. World Day of Prayer is an international inter-church organisation which enables us to hear the thoughts of women from all parts of the world: their hopes, concerns and prayers. The preparation for the day is vast because The Day of Prayer is celebrated in over 120 countries with nearly 120 languages sharing the same Service. It begins in Samoa and prayer in native languages travels throughout the world – through Asia, Africa, the Middle East, Europe and the Americas before finishing in American Samoa some 38 hours later. Do bring a friend or two and join in this global wave of prayer.