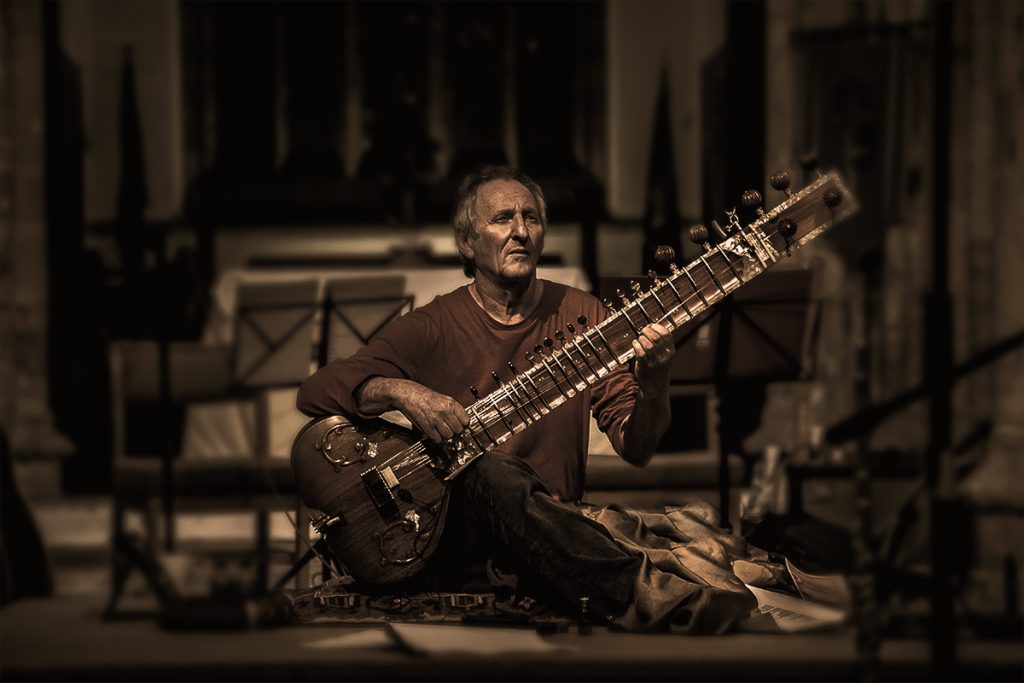 Named after the most prominent note in the scale of an Indian raga, Vadi is Ricky Romain, Ramut Gonzalez & Steve Scott. Ricky has been studying, performing & teaching sitar since 1972. Ramut has been studying with Ricky for 7 years. He plays sitar, cajon & a slide guitar of his own design. Steve has been studying with Ricky for 18 months on bass guitar. Sometimes exquisitely tender, sometimes fiery & exuberant, Vadi play a number of different ragas, each signifying different moods & emotions. Other strong influences include folk, funk, & Hendrix, with a strong emphasis on improvisation.