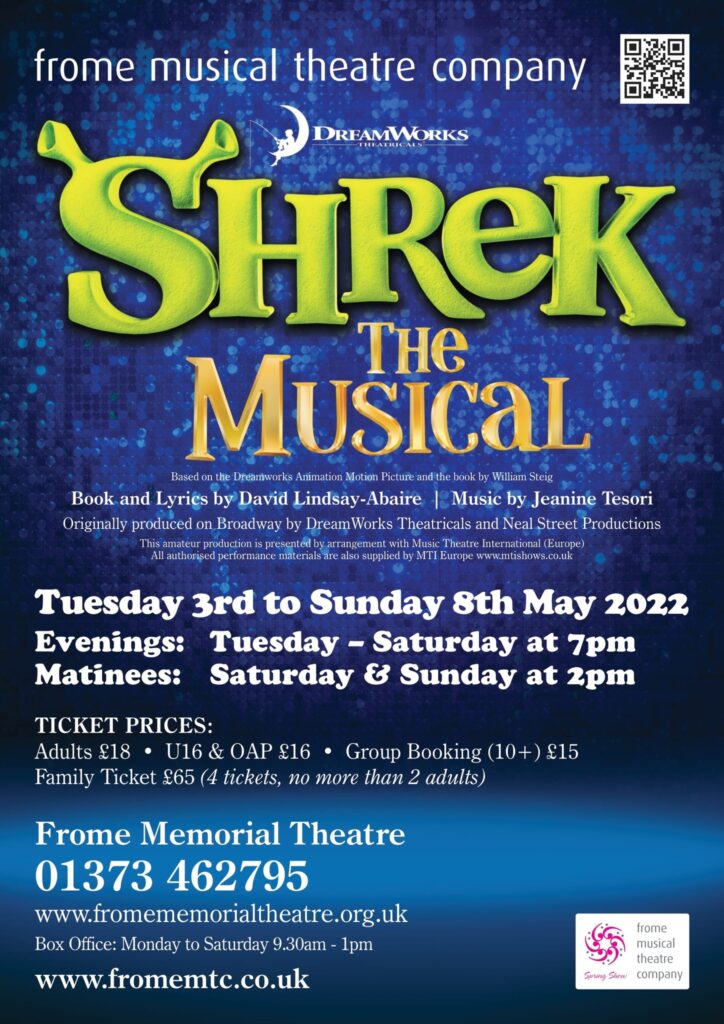 Set in a mythical “once upon a time” sort of land, Shrek the Musical is the story of a hulking green ogre who, after being mocked and feared his entire life by anything that crosses his path, retreats to an ugly green swamp to exist in happy isolation.

Suddenly, a gang of homeless fairy-tale characters (Pinocchio, Cinderella, the Three Pigs, you name it) raid his sanctuary, saying they’ve been evicted by the vertically challenged Lord Farquaad.

So Shrek strikes a deal: I’ll get your homes back, if you give me my home back!

But when Shrek and Farquaad meet, the Lord strikes a deal of his own: He’ll give the fairy-tale characters their homes back, if Shrek rescues Princess Fiona.
Shrek obliges, yet finds something appealing–something strange and different–about this pretty princess.

He likes her…..a lot. But why does she always run off when the sun sets