Rule The World with Tony as Robbie 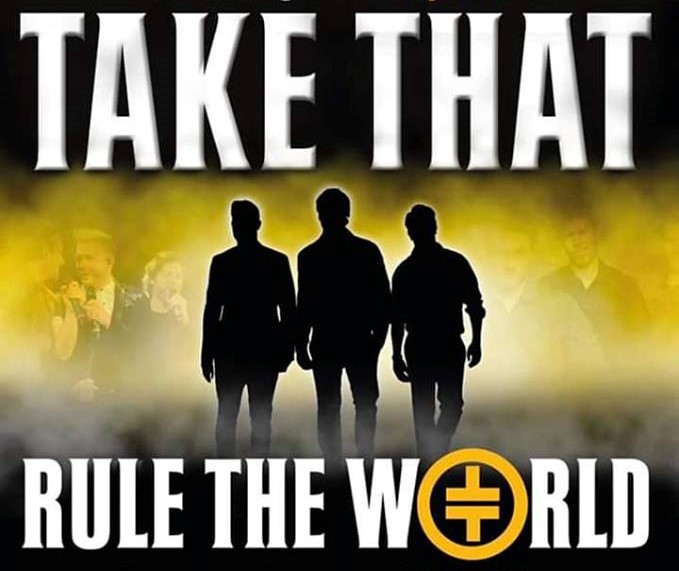 Back by popular demand for a 6th time!

Rule The World have been recognised as the Number 1 Take That tribute act in the world. They appeared alongside Nicole Kidman, Hugh Bonneville, Julie Walters and THE REAL TAKE THAT on BBC1’s ‘The Graham Norton Show’. After hearing Dan Maines speak, a stunned Gary Barlow said in amazement “He sounds like me!”. Gary then also praised the band saying “These guys are good!”

This year will also feature the return of Tony Lewis as “Robbie”.
The show is an accurate portrayal of a Take That concert and features all the biggest hits including ‘Never Forget’, ‘Greatest Day’, ‘Back For Good’, ‘Relight My Fire’, ‘Everything Changes’, ‘Shine’, ‘Pray’ and many more.

Raising funds with “Smile With Siddy”

Please note; Patrons may stand during this performance.