Mr Rook’s Presents: The Music of Poldark by Mike O’Connor and Barbara Griggs 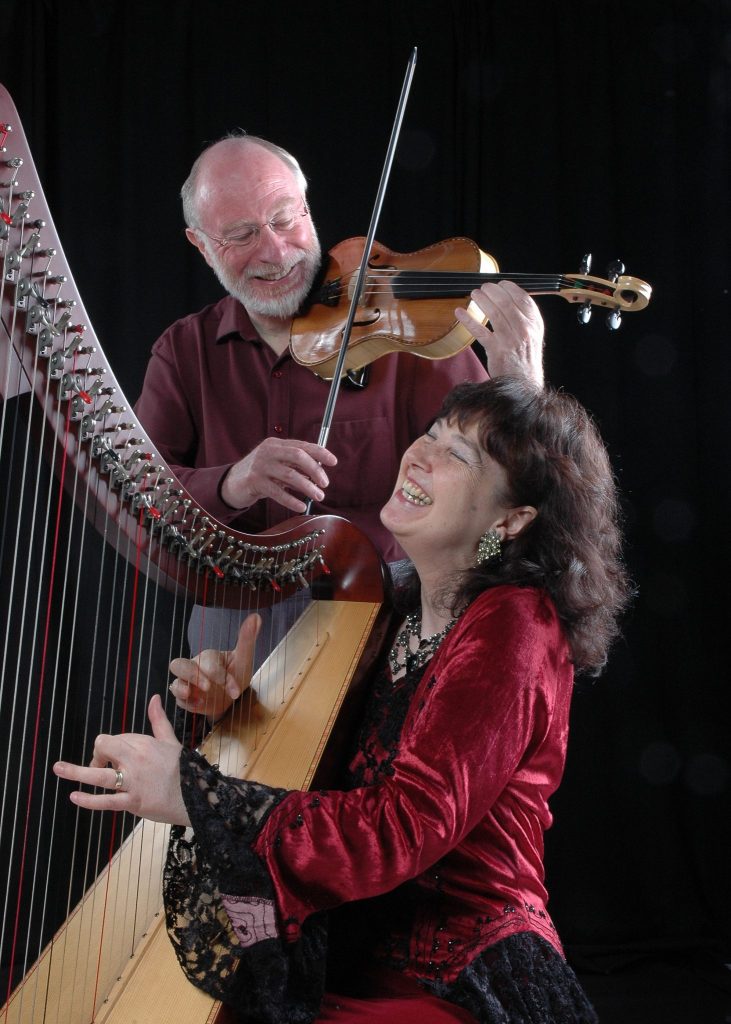 Each season at Mr Rook’s we like to include one show that mixes storytelling and spoken word with other art forms, so to complement our Celtic-themed Spring Season we have asked back Mr Rook’s favourites Mike O’Connor and Barbara Griggs. They will be exploring the traditional music used in the Cornwall-based television series Poldark.

Mike O’Connor is the leading researcher of music in Cornwall and Barbara Griggs is a respected early music specialist. Together they perform a unique repertoire, the product of unprecedented scholarship that has led to the discovery of many early manuscripts and previously unconsidered sources in Cornwall. Mike is also well-known as a storyteller with a deep knowledge of Cornish legends and folk tales.

Mike has been an adviser on Mammoth Screens revival of the Poldark series from the first series, contributing dances, tunes, folksongs and instruments. He is also credited with songs such as ‘I’d Pluck a Fair Rose’ memorably sung by Eleanor Tomlinson as Demelza in the first series. The lyrics were written by author of the original books Winston Graham to sound like a folk song with Mike adding the music. Along with stories and anecdotes from Cornwall, Mike and Barbara will share with us music from the series and traditional Cornish music on violin, accordion and harp.

Start 7.30pm, Doors 7pm
Tickets £7.50 (plus fees) in advance online, £9 on the door (cash only)
Please note that the bar at Rook Lane can now take card payments.

Mr Rook’s Speak Easy is a performance storytelling event based at Rook Lane Chapel in the heart of Frome, Somerset.

Our events are aimed at adults and may contain material that is not suitable for children.