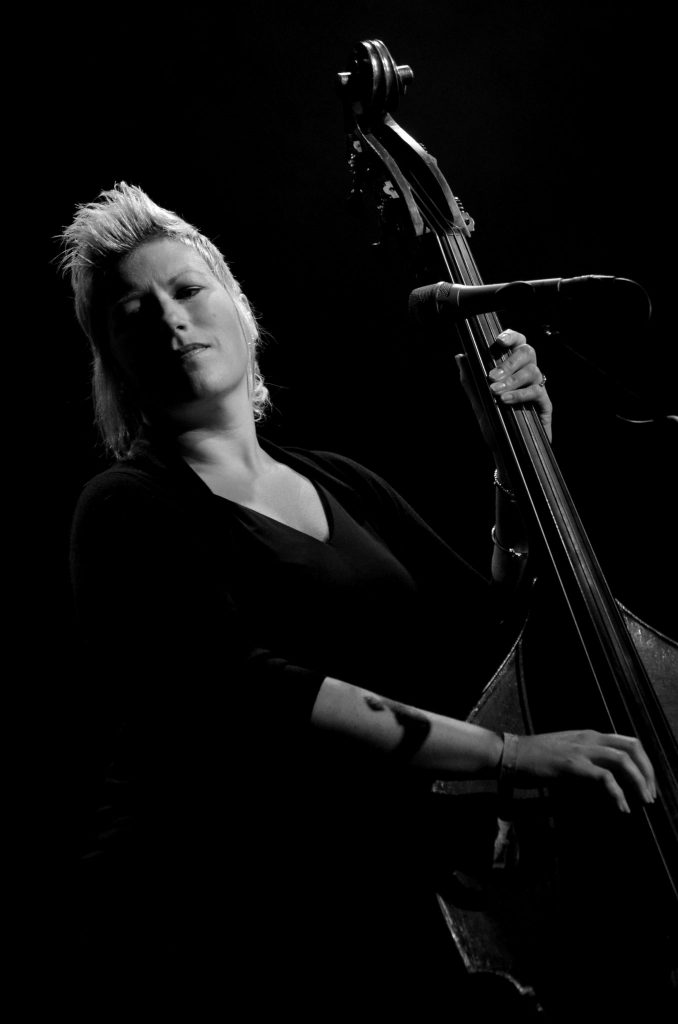 Miranda Sykes, the acclaimed singer and bassist with ‘Show of Hands’ is returning to her roots with a solo tour and latest album. After a career spanning over 20 years, during which time she has played with many of the top musicians and singers within the folk world, she will be touring as she started out: One woman, one bass, and one guitar.

BORROWED PLACES, released in 2017, is her debut solo album and draws its inspiration primarily from the songs and landscape of her native Lincolnshire but seen through the eyes of someone who has lived away for many years. With her sensational voice, and accompanying herself, Miranda interprets the soul of the land and takes her audience on a journey that resonates with us all, wherever we live and it is one you won’t want to miss. This tour will include previously unheard tracks from her forthcoming new album due for release in 2019.