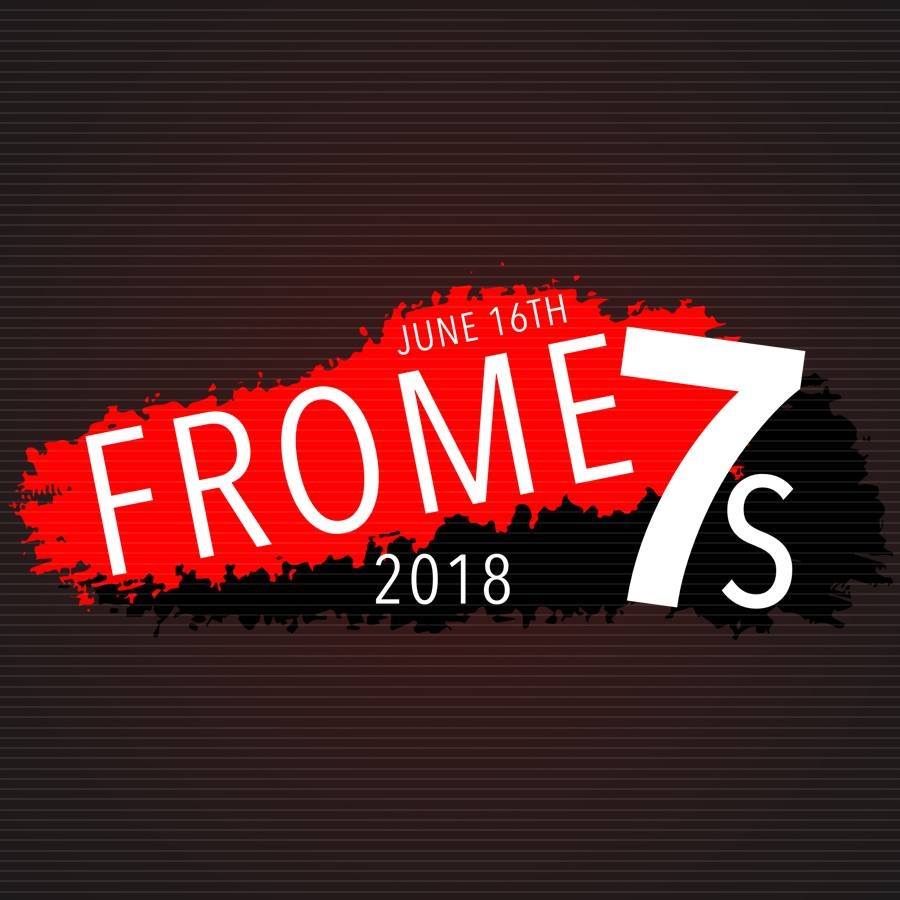 Rugby 7’s returns to Frome for the 7th year running, building on a event which saw over 52 teams battling it out and enjoying the festival atmosphere at what has become the biggest annual Sevens event in the region.   The event

Once again we will have camping available from Friday to Sunday with the usual Bars, Pimms Tents and hospitality.   Karaoke in the clubhouse on the Friday, live Dj’s and bands throughout the day and into the evening on the Saturday.

RUGBY
The Men’s Open: The flagship event of the tournament sees a talented mix of specialist 7’s sides and serious club teams battle it out for the coveted title of Frome 7’s Champions.   This year we have reduced the number of the teams competing in the Open tournament so we can select the best elite teams to compete for the Cup, Plate and bowl titles, along with cash prizes of £750 for the winners and £200 for the runners up.

The Women’s Cup: Looking once again to build on the ever expanding Women’s tournament, we will be running a competition comprising 12 teams playing pool games followed by a knock out cup, plus Plate and Bowl play-offs. The winners of the cup will receive £200 prize money.

The Men’s Social: 16 places are available for club sides looking to play some serious rugby in the competitive social event. Once again we have silverware up for grabs across the cup, plate and bowl knock out stages.

The Men’s Super Social: This men’s competition is for teams who come to Frome to enjoy the cider and music and play some entertaining 7’s rugby. Cider, fancy dress and outrageous team strips are the order of the day in this competition

ENTERTAINMENT
Karaoke for all of the teams camping on the Friday night will be held in the clubhouse, and live music acts following Saturday’s rugby will have you drinking and dancing into the early hours before retiring to your tents!

VENUE
With one of the best Clubhouses in the region boasting sixteen changing rooms, five pitches, three bars, hospitality tents, and a huge balcony overlooking the main pitch so you won’t miss any of the action.

You could not ask for a better suited location for Sevens Rugby.

CAMPING
Why not make a weekend of it? Frome 7’s offers free camping for all so want to come down have a few beers and a good time without having to worry about transport, not a problem! Camping is available for the whole weekend from Friday to Monday free of charge.