From Balfour to Banksy – film screening 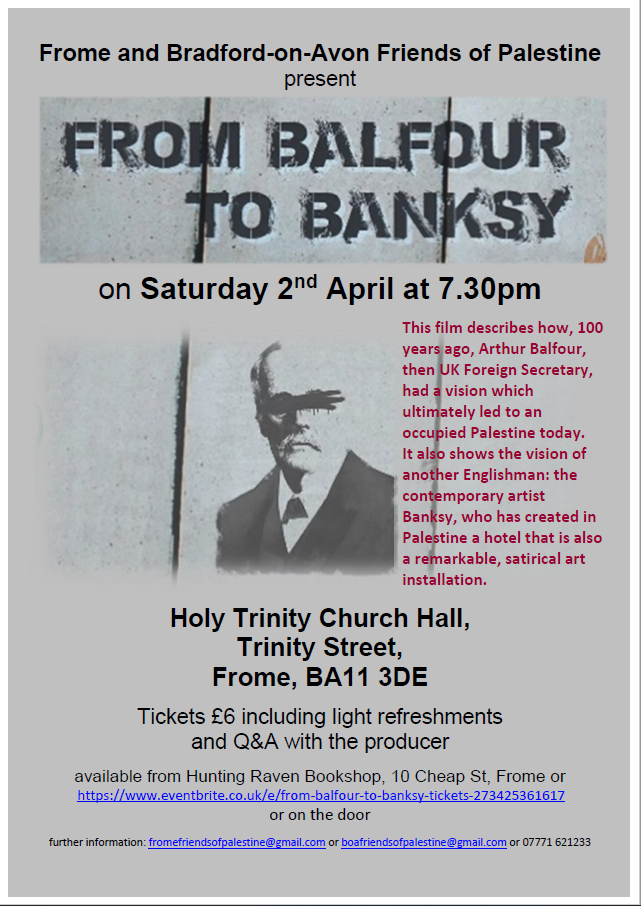 Frome Friends of Palestine’s upcoming event is a screening of the powerful film “From Balfour to Banksy”.

This film describes how, 100 years ago, Arthur Balfour, then UK Foreign Secretary, had a vision which ultimately led to an occupied Palestine today. It also shows the vision of another Englishman: the contemporary artist Banksy, who has created in Palestine a hotel that is also a remarkable, satirical art installation.

The film will be followed by a question and answer session hosted by the film’s producer.