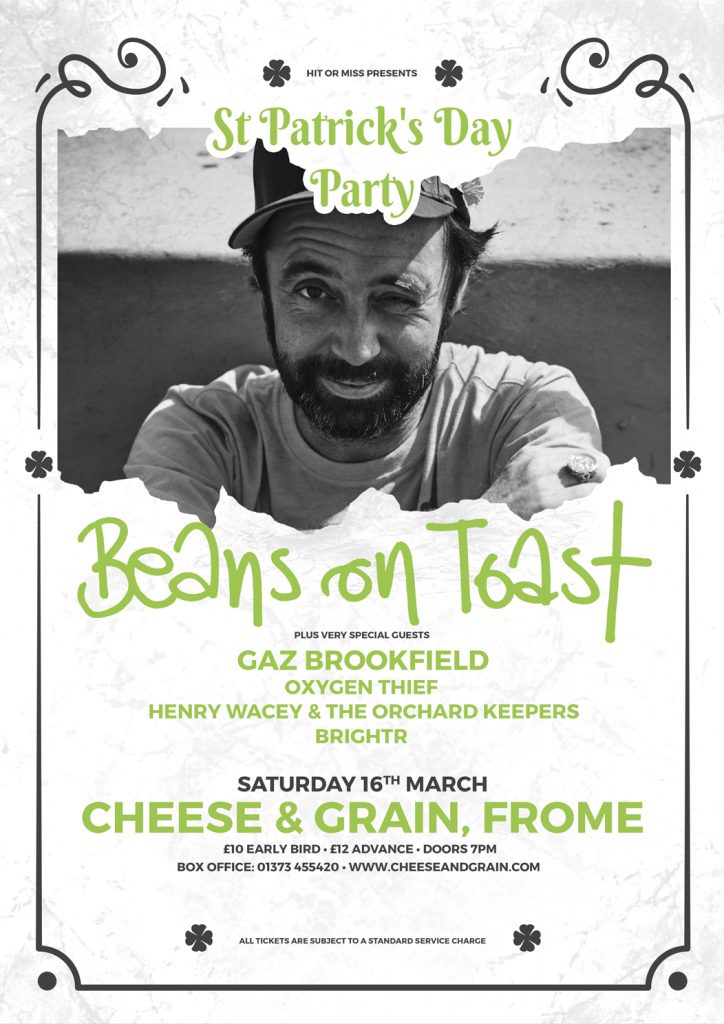 Over the course of his huge career Beans has become something of a cult national treasure. What seemed like a throwaway festival act has evolved into something much more important, a voice of truth and honesty, cutting through the bs. A consistent and reliable modern-day troubadour, not afraid to speak his mind; always touring, always writing, recording and releasing music. Playing every festival under the sun and always, always, telling it like it is.

Since winning Acoustic magazine’s 2010 Singer Songwriter of the year, he has spent his time on the road, touring the UK and Europe. In this time he has shared the stage with the likes of Levellers, Seth Lakeman, Frank Turner, New Model Army, Nick Harper, Newton Faulkner, Miles Hunt, and many more, racking up over 1000 gigs to date.

Gaz remains the only unsigned solo artist to sell out The Fleece, Bristol. A feat he as now achieved 5 times. The last three times selling out over 6 months in advance.

Often playing as many as 200 gigs a year, Gaz’s relentless and never-ending tour schedule takes him to every corner of the country and beyond. The last few years have seen Brookfield play at over 100 UK festivals, including Glastonbury, Beautiful Days, Bearded Theory, and many more, firmly cementing him as a festival favourite for the future.”