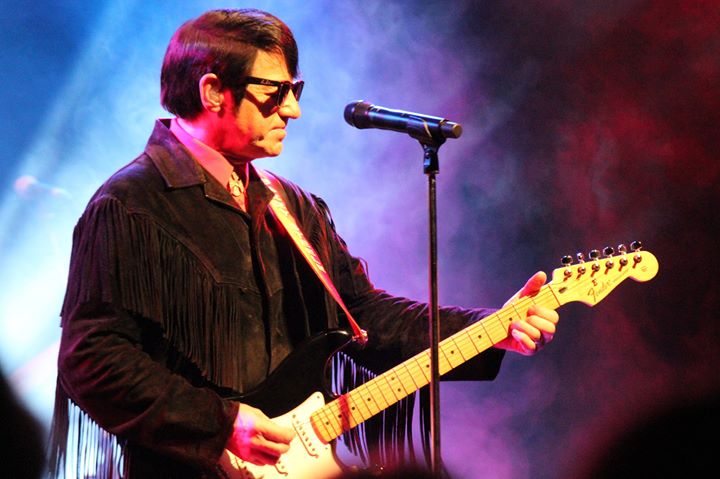 Barry Steele is widely recognised as one of the world’s leading vocalists paying homage to the legendary Roy Orbison. He has stunned audiences across the globe with his uncanny similarity and ability to authentically revive the exquisite toe-tapping sound of this music giant. Barry Steele is quite simply unmissable, as he takes you on this specially produced completely live musical journey in time commemorating the 30 years since Roy Orbison passed away.

Not only does Barry bring the music of The Big O alive, he also brings a very special song written by but never performed by Roy Orbison to the centre stage. The show also features new and original material as Barry and his fabulous perform chart busting hits originally made famous by George Harrison, Del Shannon, Jerry Lee Lewis, ELO, Chris Isaak, The Spencer Davis Group, The Traveling Wilburys and of course the Big O, all backed by a big screen and phenomenally talented musicians. You really don’t want to miss this incredible fusion of ’60s solid gold classics and ’80s contemporary musical genius all on one stage.

It’s more than a tribute; It’s a musical story in time, from ‘Only the lonely through to The Traveling Wilburys, this show has all the hits and more!