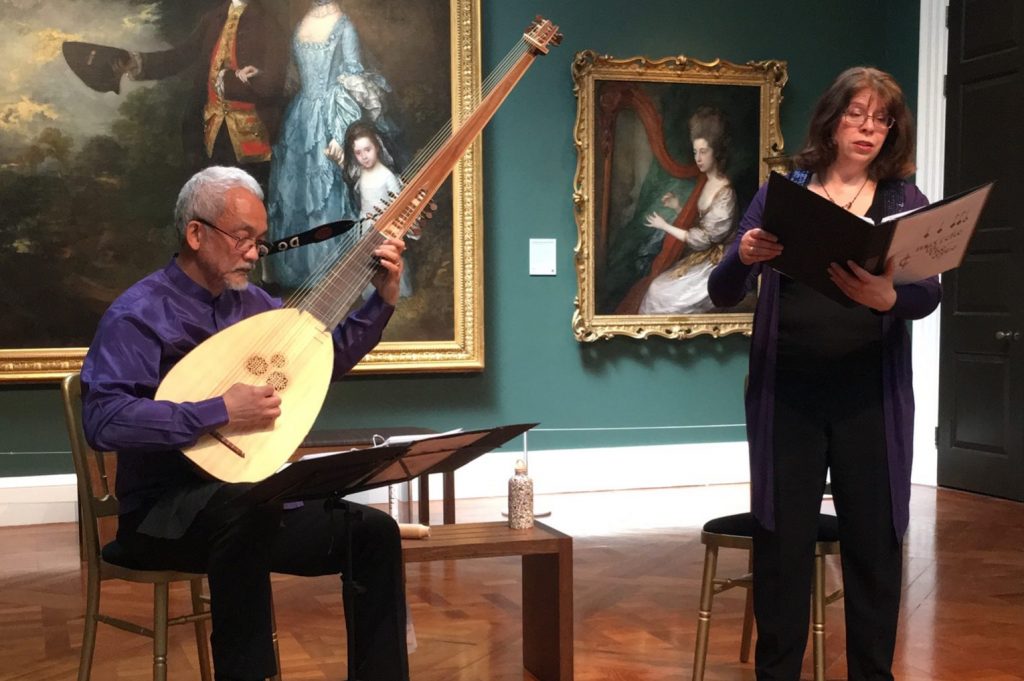 To mark the 400th anniversary of his death, Musick in the Ayre (singer Jane Hunt and lutenist Din Ghani) create a musical portrait of West Country gentleman, Sir Walter Raleigh, one of the most colourful and famous characters of the Elizabethan age – did he bring us potatoes?- through songs based on his poetry; connected with the Queen; his arch-rival the Earl of Essex; the tragic young Prince Henry; and Raleigh’s nemesis King James. In 2017 Musick in the Ayre held a residency giving a series of concerts at the National Portrait Gallery. Wine, soft drinks and potato crisps available from 18.00